Christians Will Be Saved from the Wrath 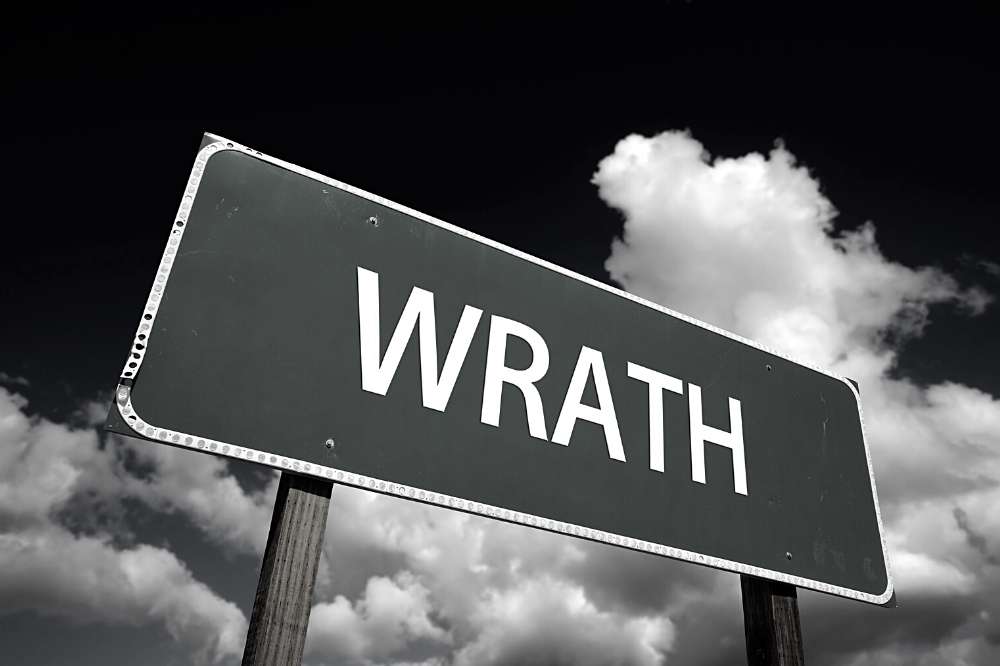 Not only will “the year of the lord’s favor” (Isaiah 61:2 NIV), or the church age, come to a distinct end, to be followed by the “day of God’s wrath” (the unfulfilled period of seven years), but God has given His church ample evidence in Scripture that it will not go through the Tribulation. The reason is not that Christians deserve to be spared from it, since we don’t deserve any of the blessings that God has bestowed upon us. The true reason is that the Tribulation period is not for the church. Instead, it is for Israel to fulfill prophecy, and for the non-Christian Gentiles to be judged if they refuse to repent. Anyone who fails to distinguish between the church, Israel, and the Gentile world will have a difficult time understanding most of Bible prophecy. Paul clearly identifies these three major people groups as distinct entities in 1 Corinthians 10:32, where he writes, “Give no offense, either to the Jews or to the Greeks or to the church of God.”

The church is made up of both Jews and Gentiles (“Greeks”) who have spiritually experienced the “born-again” relationship with Him by faith. They have entered into God’s kingdom spiritually by faith, and they await the day when they will enter His physical kingdom at Christ’s second coming. Those who are in the church are not appointed to wrath (or the period of wrath), which is intended for unbelieving Jews and Gentiles.

Our Lord, in His Olivet Discourse in Matthew 24–25, alluded to the Christians’ escape from the coming day of wrath that will try the whole earth: “Watch therefore, and pray always that you may be counted worthy to escape all these things that will come to pass, and to stand before the Son of Man” (Luke 21:36).

In 1 Thessalonians 5:9, after talking about “the times and the seasons” (5:1) and “the day of the Lord” (5:2), Paul said, “God did not appoint us to wrath, but to obtain salvation through our Lord Jesus Christ.” This is an obvious reference to the day of wrath that we saw so vividly described in Revelation 6:17: “The great day of His wrath has come, and who is able to stand?” This confirms the fact the church is not appointed to wrath, but to salvation or deliverance. (Some prophecy teachers associate this wrath with the final judgment and hell, which Christians are of course exempt from also. But the context of this wrath is not hell, but the Tribulation period.)

But here is something important to consider: According to Scripture, the rapture phase of Christ’s coming for His church will be sudden and unexpected. Except for those who look for Him and are ready at His coming (in other words, are spiritually prepared for Him), Christ’s coming will catch people unprepared—after all, we do not know the hour of His coming (Matthew 24:44), and Christ will come “as a thief in the night” (1 Thessalonians 5:2). If the Lord were coming for His church after the Tribulation, then His coming could not be unexpected “as a thief in the night.”

If we who are Christians have to go through the Tribulation before Christ comes, then the timing of Christ’s coming will no longer be a surprise. If the posttribulationist view is right, Christ will come exactly seven years from the time the Antichrist signs the covenant with Israel, or as Revelation 13 states it, two periods of 42 months. What would be surprising about that?

What’s more, for believers to go through the Tribulation before Christ comes to receive them to Himself is hardly “the blessed hope” that Paul challenges Christians to look forward to (Titus 2:13). Can you imagine challenging Christians to look forward to the coming of Christ and then adding, “Oh, by the way, before He comes you must suffer the horrors of the Tribulation period”!

Another passage that contains a specific reference to Christians being removed from the world before the Tribulation comes is 2 Thessalonians 2:3. I have not used it until now because the King James rendering of this verse has created much unnecessary confusion: “Let no man deceive you by any means: for that day shall not come, except there come a falling away first, and that man of sin be revealed, the son of perdition” (KJV, emphasis added). Many people have been led to believe a mid- or posttribulationist position for the rapture because of this text (since it seems to teach that Christians will “fall away” during the Tribulation). John Walvoord, in his classic book The Rapture Question, quoted another prophecy teacher about this verse:

It is normally considered a reference to doctrinal apostasy. English pointed out that the word is derived from the verb aphistemi, used fifteen times in the New Testament, with only three of the references relating to religious departure. In 11of the instances, the word depart is a good translation. As English indicated in a note, a number of ancient versions, such as Tyndale’s, the Coverdale Bible, the version by Cranmer, the Geneva Bible, and Beza’s translation, all from the sixteenth century, render the term “departing.” He, therefore, suggested the possibility of rendering 2 Thessalonians 2:3 to the effect that the departure must “come first,” i.e., the rapture of the church must occur before the man of sin is revealed. If this translation be admitted, it would constitute an explicit statement that the rapture of the church occurs before the Tribulation (John F. Walvoord, The Rapture Question [Grand Rapids: Zondervan Publishing House, 1970], pp. 67-68).

The deliverance of Christians from the world’s greatest period of wrath is a gift of God for His church. It is not something she deserves, but something the Lord gives because He loves His church. In Ephesians, Paul refers to a bride and groom to illustrate the relationship of Christ and His church, which is called “the bride of Christ.” It seems appropriate that the perfect Groom would manifest His love by rapturing His church before the period of wrath just because He loves her. Scripture and the love of Christ, then, seems to favor the pretribulationist view of the rapture.

(Excerpt from Bible Prophecy for Everyone by Tim LaHaye)