God’s Judgments in History and Prophecy

by Ed Hindson and Thomas Ice 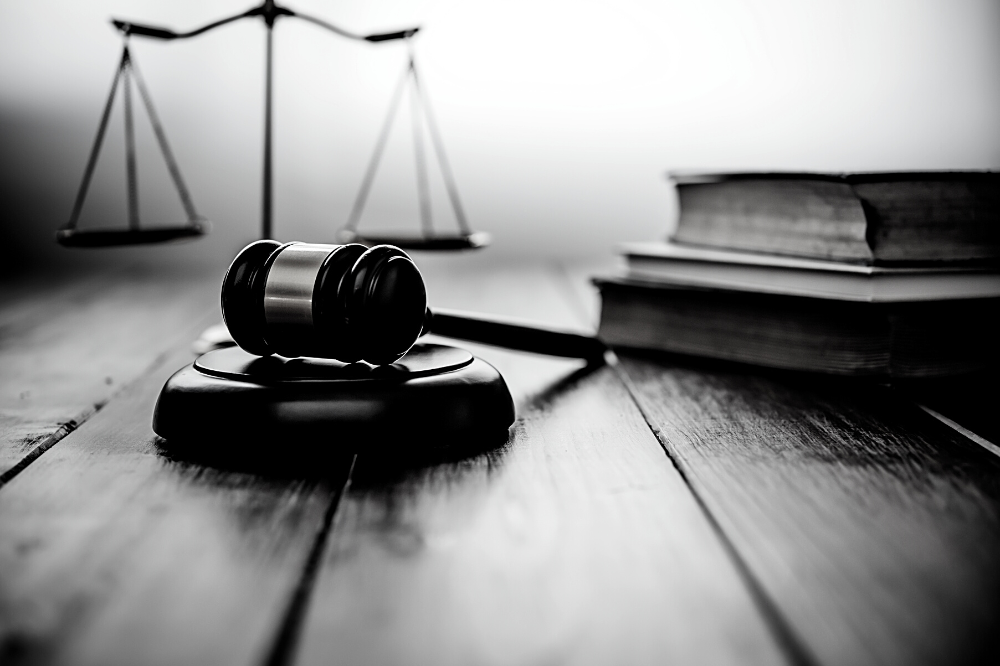 In spite of popular belief to the contrary, God will judge His creation because He is a righteous and just God. In fact, God has already exercised judgment many times in the past, even though some do not recognize these events (2 Peter 3:1-13). The chart below shows the chronological sequence of the main judgment events in the past as well as the future.

There have been many judgments throughout history. For example, Adam and Eve were judged when they brought sin into the world by defying God and eating from the tree of the knowledge of good and evil. God’s curse came upon them as well as nature, and they were kicked out of the Garden of Eden. The global flood in the days of Noah was a judgment upon sinful mankind, in which God further cursed the world and brought about changes that would affect postdiluvian humanity. God brought judgment upon Sodom and Gomorrah because both cities were filled with exceedingly wicked inhabitants who engaged in all sorts of sins, including homosexuality. The nation of Egypt experienced God’s judgment via the ten plagues, after which the Israelites became free of slavery. In Genesis 15:14, we read that God coordinated the judgment of the Canaanites with Israel’s conquest of the land after the exodus. Both the Northern and Southern Kingdoms experienced judgment when each was taken into captivity by foreign nations. The Roman destruction of Jerusalem and the temple in AD 70 is said to be a judgment for the Jewish people’s rejection of their Messiah (Luke 19:41-44). And there are other judgments recorded in Scripture as well.

Romans 1 teaches that God’s judgment is ongoing throughout history as He gives individuals and societies over to self-destruction as they descend into idolatry (verses 21-32). For the time being, God has established civil government and nationalism as instruments for restraining evil upon the earth, for He has said He will not engage in global judgment again until His second coming (Genesis 8:20–9:7; 11:1-9; Romans 13:4-5). So God is active in our own days through His providential interaction in the daily affairs of mankind.

According to Scripture, several judgment events will take place in the future, each with a specific purpose, end, and constituency. To speak of a single all-encompassing judgment day does not line up with biblical teaching. There are different judgments for believers’ sins and works, Old Testament saints, Tribulation saints, Jews living at the end of the Tribulation, Gentiles living at the end of the Tribulation, and Satan and the fallen angels. Then at the end of history comes the final judgment, which will be for all unredeemed people.

Christ’s death on the cross was a past event in which God placed upon Jesus the sins of the whole world. On the cross, Christ became our substitute and paid for our sins through His death (    John 5:24; Romans 8:1-4; 10:4). By bearing our sins, Christ made it possible to provide His righteous status to all who believe in Him. All who bring their sins to Christ at the cross—through simple faith—will not have to face the future judgments (except the judgment seat of Christ) because Jesus has legally paid their debt of sin in full.

Bema is the transliteration of a Greek word used in the New Testament as a technical term to distinguish the judgment of rewards for believers from the final judgment of unbelievers, which is known as the Great White Throne Judgment (Revelation 20:11-15). In the Roman world of New Testament times, there was a raised platform in the city square or at the coliseums where a dignitary would sit to hear civil matters or hand out rewards (usually a wreath) for competitive accomplishments. These platforms were known as the bema. Paul told the believers at the church in Corinth,

“We must all appear before the judgment seat [bema] of Christ, so that each one may be recompensed for his deeds in the body, according to what he has done, whether good or bad” (2 Corinthians 5:10).

The judgment seat of Christ is a time of evaluation that only church-age believers will undergo.

First Corinthians 3:11-16, 4:1-5, and 9:24-27 provide extensive details about the basis on which believers will be evaluated at the bema judgment. Paul said in 1 Corinthians 3:11-16 that all believers have laid a foundation upon putting their trust in Christ as their Savior. Paul went on to say that each believer then builds upon that foundation with either gold, silver, and precious stones, or wood, hay, and stubble. These building materials represent the works or deeds of a believer. Because the foundation is laid by Christ Himself, it cannot be impacted by the building materials utilized by a believer. However, every believer will face a time of testing during which fire will be used to reveal the types of material he or she used as they built upon the foundation. If their deeds are constituted as gold, silver, and precious stones, then they will make it through the test of fire without being destroyed. But if their deeds are deemed to be wood, hay, and stubble, they will be burned up by fire and those believers will suffer loss of reward. This judgment will not impact a believer’s salvation; rather, it will reveal whether a person has been faithful in their service to Christ. Those who have been faithful will receive rewards and crowns. 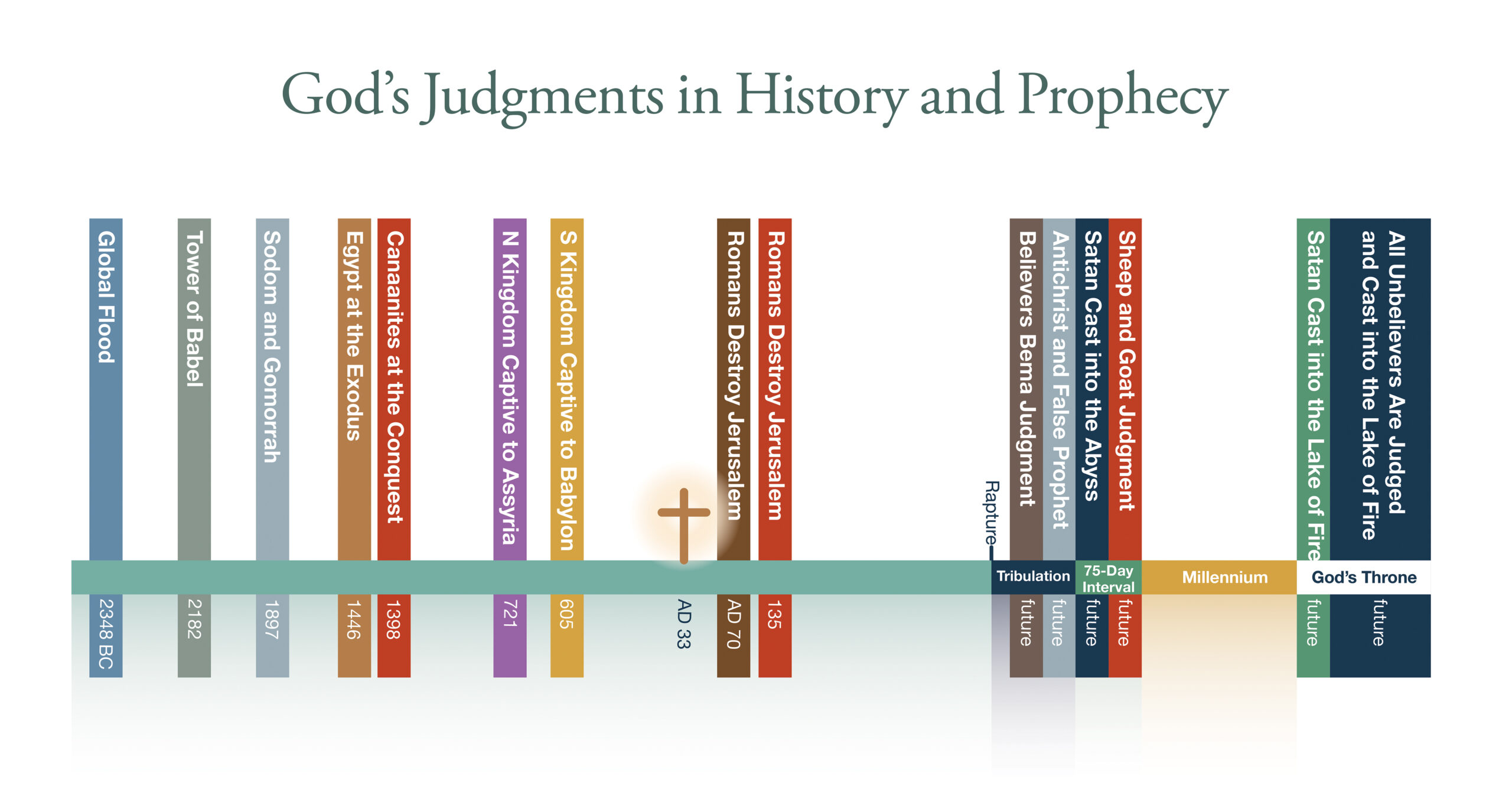 At the rapture, the church will be removed from the earth and taken up by Christ (  John 14:1-3) to remain with Him in heaven all through the Tribulation (Revelation 19:1-10). The bema judgment will take place in heaven while the Tribulation is taking place on earth so that the church may be adorned as Christ’s bride when she descends with Him at the second coming (Revelation 19:1-10). That the bema evaluation of the entire church takes place after the rapture but before the second coming is seen in the fact that Revelation 19:7-8 tells us that “His bride has made herself ready. It was given to her to clothe herself in fine linen, bright and clean; for the fine linen is the righteous acts of the saints.

“His bride has made herself ready. It was given to her to clothe herself in fine linen, bright and clean; for the fine linen is the righteous acts of the saints.”

Because the church is pictured as being clothed in fine linen, we can conclude she must have gone through her evaluation, or bema judgment, by the time of the second coming.

Next, the Tribulation is said to be a time during which God will make Israel “pass under the rod” in order to “purge from you the rebels” (Ezekiel 20:37-38). Thus, the Tribulation is a time of judgment upon the nation of Israel, during which two-thirds of the people will die (Zechariah 13:8-9). Then, of those who are left, “all Israel will be saved” (Romans 11:26) by coming to faith in Jesus as their Messiah. The Tribulation will also be a time of judgment upon unbelieving Gentiles who have rejected Christ as their Savior (Deuteronomy 30:7; Isaiah 24–27; Revelation 3:10).

At the end of the Tribulation will come the judgment of the nations. This will be a time, according to Matthew 25:31-46, when all unbelievers will be put to death in preparation for the millennial kingdom. Only believers will populate the kingdom at its beginning, and the judgment of the nations will ensure that all unbelievers are removed before the kingdom commences (Matthew 13:47-50).

The final judgment of all history is known as the Great White Throne Judgment and will involve the judgment of all unbelievers through all time (Revelation 20:11-15). It appears that all unbelievers from every dispensation—since the beginning of history—are being kept in “Sheol,” as the Old Testament calls it, or “Hades,” as the New Testament labels it. This would be like a person who is caught committing a crime first being taken to county or city jail and held there until his trial. Then when he is found guilty at the trial, he is transferred to the state prison to serve out his sentence.

There is not much difference between the living conditions in the local jail and the state penitentiary; however, the state prison is a different location, and it’s where the criminal serves out his sentence. So it is that hell is a lot like the Lake of Fire, but they are two different locations. The Lake of Fire currently has no occupants, but it’s where all unbelievers will spend all eternity for rejecting Christ as their Savior.

The Bible does not specifically state who sits on the Great White Throne, but it is probably Jesus Christ Himself (see Revelation 3:21). This judgment is the “resurrection of judgment” spoken of in John 5:29 (as opposed to the “resurrection of life”). The people who experience this judgment will be those who rejected Jesus Christ while alive on earth. Because of their rejection of Christ’s substitutionary work, God will judge them on the basis of their own works, which will fail to measure up to His standard of perfect holiness. In this judgment, their works will reveal that the punishment is deserved, and afterward, these people will be thrown into the Lake of Fire for eternity.

Though we often hear people speak of a single judgment day, this is not biblically accurate, for there are several future judgments in God’s prophetic plan. These judgments will occur at various times between the rapture and the end of the Millennium, and they are certain and no one will escape them. They will make manifest God’s justice and righteousness to the entire world and will silence all who have scoffed at or denied God. 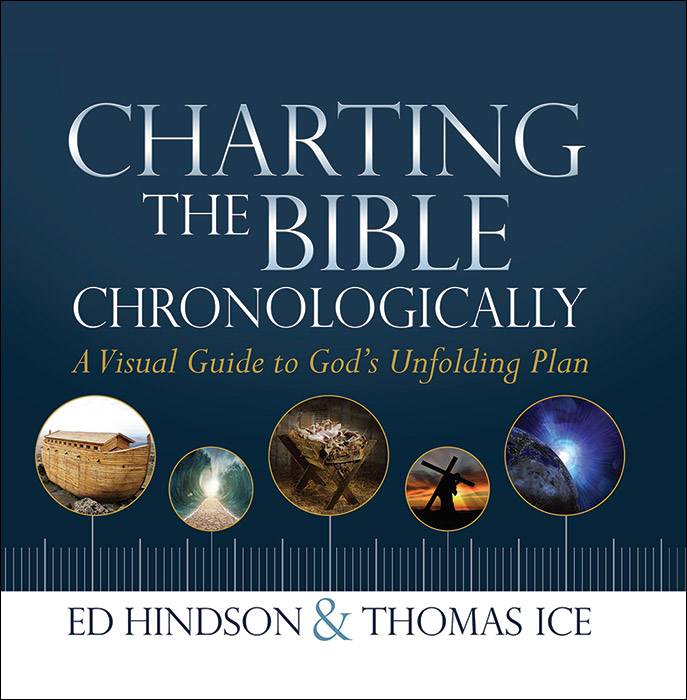