If you are reading this letter…I am gone! 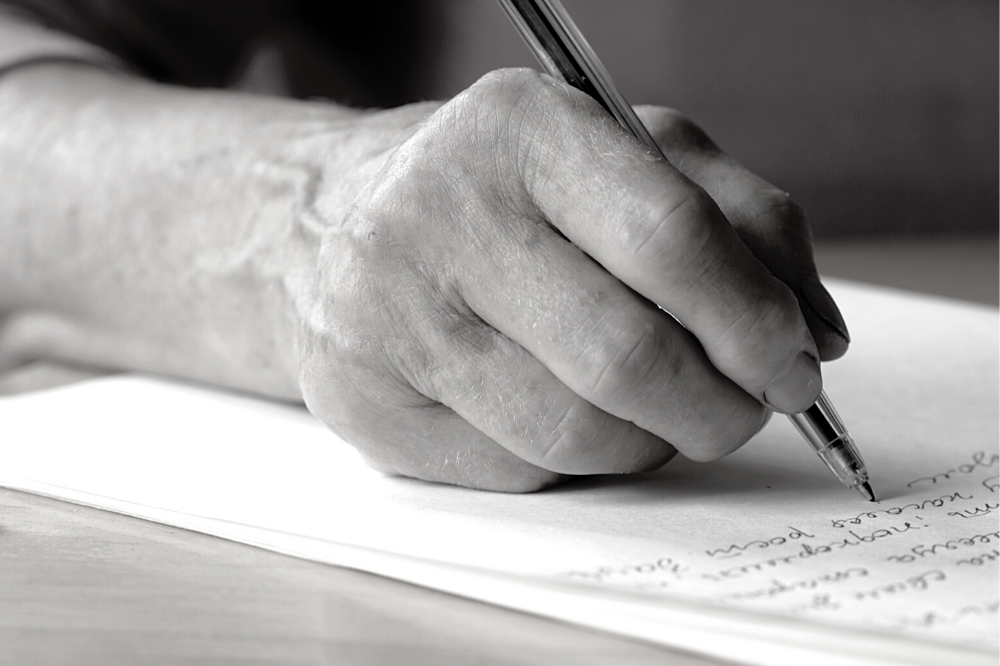 It breaks my heart that you would have to read this letter because it means that you have been left behind and that I am gone. I have no doubt that the world must be in a state of confusion and panic, and yet hope still exists.

I wonder if you remember the conversation that you and I had a few months ago when I told you that one day, I was going to disappear along with a lot of other people from all over the world? I remember the puzzled look on your face as you probably tried not to roll your eyes at your brother, and yet…here we are!

You know that I have been a follower of Jesus for almost 40 years now, and I know that all along, you thought that this was just a fad or a reason to “fit in” in a community. After all, why would Jews believe in Jesus, right? That was all that I had been hearing my whole life until I looked for myself. After my own search for the truth, I discovered that our Jewish Bible is filled with prophecies about the Messiah. He is never mentioned by name, but he can still be identified very precisely. In Genesis 3:15, we learn that he will be from the human race, and in Genesis 49:10, that he will be a Jew from the tribe of Judah and would have to be born before AD 70. In 2 Samuel 7:14, we are told that he will be from the line of David. In Isaiah 7:14, we discover that he would be born of a virgin, and two chapters later, in Isaiah 9:6-7, that he would be both man and God. Then there is the powerful passage in Isaiah 52:13–53:12, where we read about his humiliation, suffering, death by crucifixion, and resurrection. I still remember the first time I read that to you, and you quickly answered that you didn’t believe in the New Testament. You were shocked when I reminded you that Isaiah was one of our Jewish prophets. What about Messiah’s birthplace being Bethlehem according to Micah 5:2? There is so much more in our Bible to identify him. I would really challenge you to read these Scriptures for yourself in the Bible that I gave to you.

You are probably thinking, How is that going to help me now? Fair enough. Consider this. If all the prophecies of the Jewish Bible point to the person of Jesus and were fulfilled 100 percent literally, why would those prophecies speaking of the future and the end times not be fulfilled literally? This is the exact same logic that I used 40 years ago when I read a small book on prophecy, and if I am right, there are a few things you need to consider.

Jesus did come a first time to pay the price for all our shortcomings. The Bible calls it sin, and I know that you thought that it was a very childish and superstitious belief, but apparently, sin affects all of us (Ecclesiastes 7:20). Jesus was the innocent paying for the guilty, once and for all (Isaiah 53:7-8). He rose again (Isaiah 53:10-11), and he is now in heaven awaiting his return to establish his kingdom on earth. This is where you must make a decision. So, please, carefully consider the following.

You have been left behind, and things are going to progressively get worse for you and all of humankind left on earth. Our disappearance was not a UFO abduction like some would love you to believe, and we didn’t evaporate into thin air or whatever else the media is trying to make you believe because they have no explanation for this event either. I am sure you have noticed the multiple car accidents, train wrecks, and crashing planes, all at the same time. This is all because Jesus came in the sky to gather all those who were his followers (1 Corinthians 15:50-53) and take us to heaven for the time being. I know this sounds crazy, but bear with me, please.

Soon, you will hear about an individual who will sign a peace treaty with Israel. He will be very engaging, appealing, and reassuring, and the whole world will trust him blindly as he promises peace on earth in such troubled times. At first, he will deliver peace, but dear sister, don’t be fooled because this will be a false peace. This individual is mentioned in our Jewish Bible in Daniel 11, and he is known as the Antichrist. Do not be fooled…he is not a nice person!

For a while—three and a half years, to be exact—things will appear to be peaceful and even flourishing. You know that big Jewish temple that was destroyed in AD 70? Well, believe it or not, the Antichrist will help rebuild it, on the very Temple Mount where Arabs and Jews used to fight until recently. Cool, right? Well, until he decides to call himself God (Daniel 9:27; 2 Thessalonians 2:4) and demands that the whole earth worship him or else. That will be when you really need to decide which side you are on, because at that time, the Antichrist will force all people to take “the mark of the beast.” We know it as 666, and it will be an external mark on the right hand or the forehead. Without it, you will not be able to buy, sell, rent, or finance anything. In other words, if you refuse to take the mark of the beast, you will not be able to function at all in society and your life will become increasingly difficult. As long as you are alive and if you refuse the mark of the beast and choose Jesus, you will secure your eternal destiny (John 1:12), although you might perish as a “tribulation martyr.”

Only three things can happen to you during this crazy seven-year period that we followers of Yeshua called “the great tribulation.” You could die without knowing Jesus as your Messiah and spend an eternity of torment without relief in the lake of fire (Revelation 19:20; 20:15); die during that seven-year period without following the Antichrist, after trusting Jesus, and thus securing your eternal destiny in God’s presence (Revelation 7:9-17) as I just mentioned; or survive the whole seven-year period, trust in Messiah, and enter into his 1,000-year kingdom on earth.

The one thing I want you to understand is that you must make your decision before you die, and no one knows the day or hour of their death. Please, do not play with fire. Hell is a real place, and so are the new heaven and new earth that God has prepared for his children (Revelation 21).

You might still be thinking that what I am telling you is nonsense, but how do you explain my sudden disappearance—which I told you about ahead of time—and all the Bible verses about it and the other events surrounding it?

Dear Sandra, we all are given eternal life at conception, and at some point during our lives, we make a decision to trust Jesus as our Messiah and Savior or not. That acceptance or rejection seals our final destiny. I chose him 40 years ago, and you still have time to choose him today. I hope you choose Jesus so we can be reunited in God’s presence for all eternity.