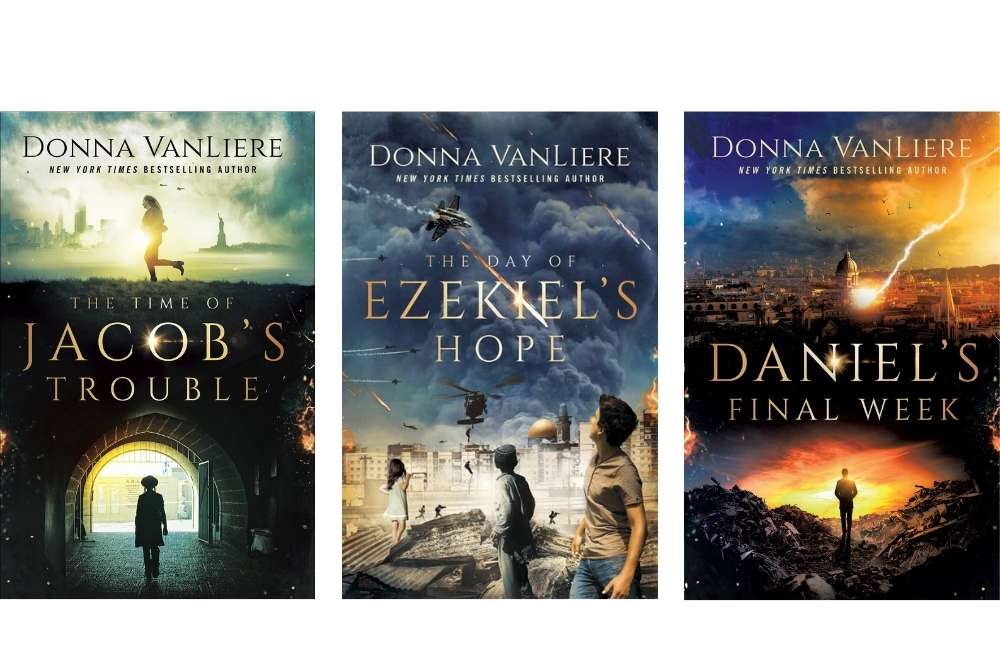 Harvest House Publishers: You’re known for the beloved New York Times bestsellers The Christmas Shoes and The Christmas Blessing. What inspired you to write novels on the theme of Bible prophecy?

Donna: I grew up in a church that taught Bible prophecy. When pastors and missionaries visited, they would often say things like, “Jesus is coming again,” or “Christ is returning.” But as an adult, as I was sitting in church, I felt as though something was missing. Then one Sunday it hit me: the message of Christ’s return was no longer being proclaimed or taught. I started digging into the Word so I could tell people that what we see happening around us is actually in the Bible. God told us the end from the very beginning!

Harvest House: One special distinctive about your novels is the prominent role that children have in the storyline. Do you have any thoughts you would like to share about that?

Donna: This is by far the most-asked question I get via email. Many people are angry that I portray children in the tribulation period. I go into greater detail about this in the “Where in the Word?” section of Daniel’s Final Week, but the short answer is that children were never excluded when God poured out His judgment and wrath in the Bible (the flood, Sodom and Gomorrah, any of Joshua’s conquests, Korah’s rebellion, etc.). Why would He suddenly exclude them during the tribulation? Why would God take away someone’s third-grader in a time of mass confusion and chaos? Think about the torture that would cause for a mother or father. They would become suicidal wondering what happened to their child or children. God uses all things for good, and I believe He will use children to help parents or grandparents to seek the Savior at that time. Again, I go deeper into this matter in Daniel’s Final Week, but we must rest assured that no one who is truly innocent will ever spend one moment of eternity away from God.

Harvest House: What benefits do you hope your readers will gain from reading the books in this series?

Donna: I hope that they will open their Bibles and dig into the Word to learn Bible prophecy for themselves. I don’t want any reader to just take my word for it, but rather, my encouragement is that they be like the Bereans, who didn’t simply take Paul at his word, but searched the Scriptures to make sure his teachings were trustworthy. I wrote the “Where in the Word?” section in each book so that readers could dig into the Word and piece things together about Bible prophecy. I didn’t want to write fiction books that left readers with more questions than answers. I want to help them find answers and set them on a path of searching out the Scriptures.

Harvest House: What have you come to appreciate most about Bible prophecy as a result of writing The Time of Jacob’s Trouble, The Day of Ezekiel’s Hope, and Daniel’s Final Week?

Harvest House: Could you share about any particularly special or meaningful feedback you’ve gotten from one of your readers?

Donna: One reader said that every time I mentioned a Scripture verse, she turned there in her Bible so she could read the passage. She said this means it took longer to read through the “Where in the Word?” section, but she wanted to actually see the words in her Bible and the context in which they were given. That’s exactly what I want readers to do—not just skim over the passages but actually open their Bibles and let the Holy Spirit teach as only He can do!

Harvest House: You’re known for using the phrase Things are looking up. Why is this such an important mindset to have when it comes to Bible prophecy?

Donna: Everything that we see happening around us today makes us believe that the world is spiraling out of control, but Jesus said, “When these things begin to take place, stand up and lift up your heads, because your redemption is drawing near” (Luke 21:28). It can be disheartening to see the world grow darker and the convergence of the signs that precede Christ’s return, but Jesus said that when they begin to happen, that things are looking up to His soon return! This is our opportunity to be salt and light and tell a dying and lost world about Jesus. We shouldn’t be wringing our hands in fear and anxiety, but looking up in faith and hope!