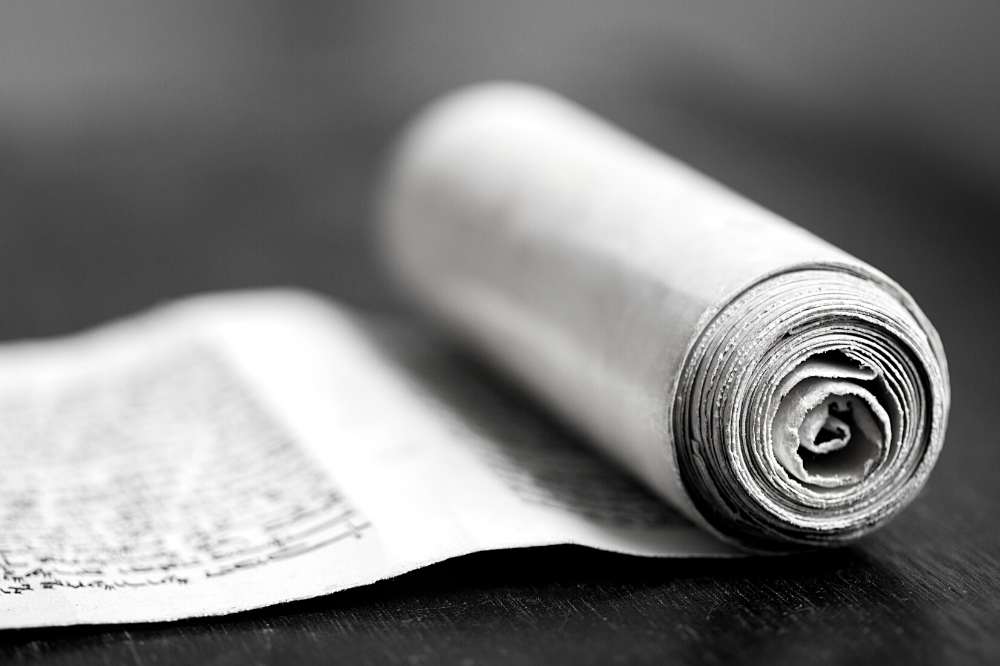 In our age of technology, we no longer make a habit of sending letters to one another. Instead, we use email, texts, and social media. For me, my use of social media allows me to reach hundreds of thousands of people in real time with updates about events that are taking place in the Middle East. This would be impossible if we were still in the old nondigital days. In John’s time, he didn’t have any of those fancy options. If you wanted to communicate something to someone and you couldn’t be there yourself, your one choice was putting pen to paper.

We should be very thankful that social media did not exist in the first century. Why? Because posts are usually short, to the point, and often meaningless. Can you imagine Paul, rather than writing the letters to the church in Corinth, spending his time trolling the accounts of Apollos and Peter or creating memes that take jabs at the “super apostles” of 2 Corinthians 11–12? What if, rather than penning the amazing visions he was given of the throne room of God, John had spent his time on Patmos posting pictures of beach life and the lunch he had made of the tiny crabs he caught in the tide pools?

The first-century Roman Empire was a letter-writing society, and twenty-two of the twenty-seven New Testament books take that form. All of Paul’s writings are letters, as are the writings by Peter, John (except for his Gospel), the anonymous writer of Hebrews, and James and Jude, the brothers of Jesus. In fact, once you finish the Gospels and Acts, everything from that point on might well have been stuffed into an envelope with a church’s address scrawled on the front.

Revelation is no different. In a glorious moment on a rocky island, John was commissioned by Jesus Christ to send a letter to seven of His churches. Some of the content was dictated by Jesus while John furiously scribbled; some of it the apostle would witness firsthand. But all of it was a direct message from God to His people.

How is it, then, that so many Christians and their pastors turn their backs on this precious part of God’s truth? There’s no doubt that the churches that first received this letter didn’t follow the same path by reading it over, shaking their heads, then tossing it aside and saying, “Yeah, that John was always a little bit off.”

Instead, we can picture the church at Ephesus gathered for service. A hush comes over the congregation as the seal is broken and the letter is unrolled. All are on the edge of their seats. These may have been the first words they had received from their former pastor—the man who had married and buried so many of the congregation, the one whose teaching they had sat under for years, the apostle who had been one of the inner circle of the disciples of the Savior, Jesus.

The current pastor scans the faces of the people. He has a serious look on his face, but a tear is visible in the corner of his eye. He begins:

The Revelation of Jesus Christ… (Revelation 1:1).

Just those five words. They say it all. How could you not want to read the rest? Jesus Christ, God Himself, is about to reveal something to the world. What was unknown is about to be made known. What was unclear is about to be made clear. The Lord, in His infinite wisdom, determined that He had some things that He needed to lay out for His church, and here they were written out.

Yet there are believers who don’t take time to read this letter. And there are pastors who refuse to preach it.

That’s amazing! How can anyone possibly think that is a wise decision?

The church at Ephesus would have soaked it in. Every word would have been like music to their ears and honey to their palate. This would have been true even of the bitter words, words that convicted them as a congregation, because they would have recognized that they were all part of “the Revelation of Jesus Christ.” The message in this letter would have been the topic of conversations for weeks, months, years to come.

Without reading this letter, you cannot know the Lord as He is today and has always been. There will be a gaping hole in your knowledge of His character. You cannot know the future He has prepared for you. You will be ignorant of His plans for the rest of the world. The Lord is the Great Communicator, and He has made Himself known through the ages in dreams, visions, signs, wonders, and His Word. How can we demote any part of His Word to the level of null and void?

This sixty-sixth book of the Bible not only completes all that God wanted us to know about His plans, but also tells us the rest of the story about our Messiah. We know Jesus as our suffering Savior who took our place on the cross. We know Jesus as the risen Christ who has gone to prepare a place for us. But what then? Does His story end there? What is Jesus doing now? Is He pacing around in heaven, waiting until it’s time to once again set foot on the Mount of Olives? Is He anxiously watching global events, looking for a chance to jump back in and become relevant again? And what about the church, the bride of Christ? Is there a future for us? Are we going to experience the days during which God pours out His wrath upon this world?

All these questions are answered in the book of the Revelation. God does not want you to live in ignorance of His plans. He doesn’t want you to live in a state of anxiety, wondering if you will experience the time of judgment. Revelation makes it perfectly clear that the answer to that worry is no. If you are part of the church, you will not be here when the hammer comes down.

If you, as one of God’s children, read Revelation all the way to the end, I can guarantee that you’ll finish with a smile on your face