The Campaign of Armageddon and Christ’s Return

by Tim LaHaye and Thomas Ice 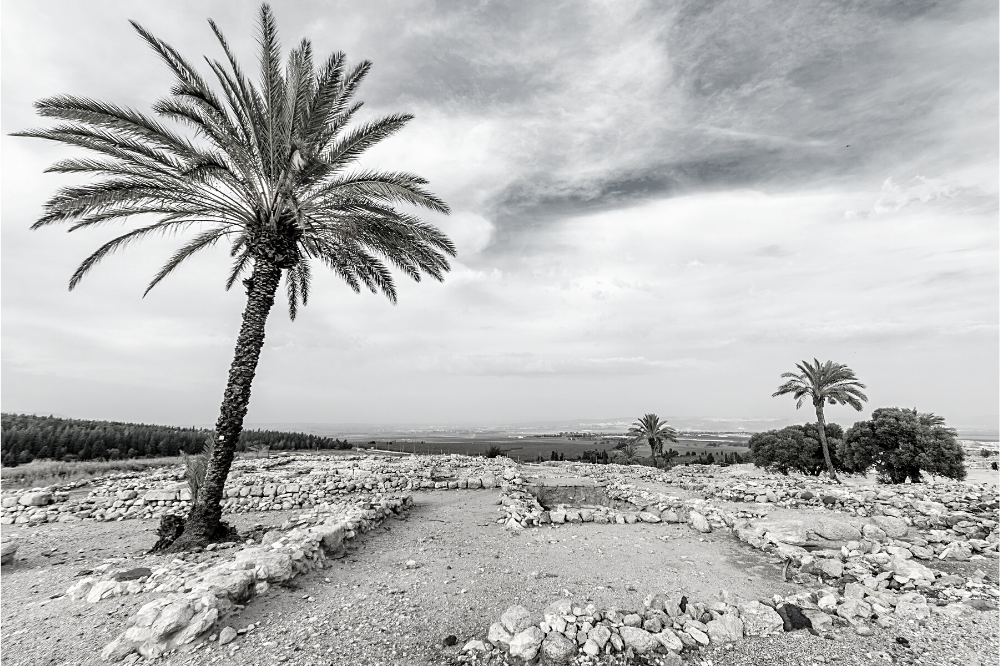 Armageddon will be the last great world war of history, and it will take place in Israel in conjunction with the second coming of Christ. The battle or campaign of Armageddon is described in Daniel 11:40-45, Joel 3:9-17, Zechariah 14:1-3, and Revelation 16:14-16. It will occur in the final days of the Tribulation when the kings of the world will gather together “for the war of the great day of God, the Almighty” in a place known as “Har–Magedon” (Revelation 16:14, 16).  The site where this will occur is the plain of Esdraelon, around the hill of Megiddo, in northern Israel, about 20 miles south-southeast of Haifa.

The term Armageddon comes from the  Hebrew tongue.  Har is the word for “mountain” and often appears with the Hebrew definite article H. Mageddon is likely the ruins of an ancient city that overlooks the Valley of Esdraelon in northern Israel.

According to the Bible, great armies from the east and the west will gather and assemble on this plain. There will be threats to the power of the Antichrist from the south, and he will move to destroy a revived Babylon in the east before finally turning his forces toward Jerusalem to subdue and destroy it. As he and his armies approach Jerusalem, God will intervene, and Jesus Christ will return to rescue His people, Israel.  The Lord and His angelic army will destroy the armies, capture the Antichrist and the False Prophet, and cast them into the Lake of Fire (Revelation 19:11-21).

In a sense, Armageddon is a  battle that never really takes place.  That is, it does not take place in accordance with its original human intent. Its human purpose is to gather the armies of the world to execute the Antichrist’s “final solution” to the “Jewish problem.”  This is why Jesus Christ chooses this moment in history for His return to Earth—to thwart the Antichrist’s attempted annihilation of the Jews and to destroy the armies of the world, which were gathered for another purpose. It seems only fitting, in light of mankind’s bloody legacy, that the return of Christ should be precipitated by a worldwide military conflict against Israel. So it is that history is moving toward Armageddon.

The Eight Stages of Armageddon 1

The numbers below correspond with the numbers in the chart:

The most thrilling event in all of human history is yet to come. It will be that moment in time when our Lord Jesus Christ returns to this earth in power and great glory to set up His kingdom that will last 1000 years. From a prophetic standpoint, it will be the culmination of all prophecy.  At least 325 prophecies of Christ’s second coming guarantee it will take place, and this event will usher in the most ideal conditions on Earth since the Garden of Eden.

Words seem inadequate to fully describe that magnificent event that will combine all the hopes and dreams of the billions of people who have put their faith in God from Adam and Eve to the end of the Tribulation period. To get a full picture, we must turn to several prophecies and put them all together:

1.   It takes place immediately after the Tribulation (Matthew 24:29).

5.  Christ will be followed by the armies of heaven (Revelation 19:14), prepared to judge the ungodly (Jude

9.  The Beast (Antichrist) and his armies will confront Christ (Revelation 19:19).

10. Christ casts the Beast and False Prophet into the Lake of Fire (Revelation 19:20).

13. The Old Testament and Tribulation saints will be resurrected (Matthew 24:31; Revelation 20:4).

14. Christ will judge the nations and establish His kingdom (Matthew 25).

The term  “the glorious appearing”  (KJV)  is not found in the book of Revelation but in Titus 2:13. There, it describes the physical, visible return of Christ to Earth in distinction from that “blessed hope” (Titus 2:13), which is the Rapture of the church, or the coming of Christ for His believers prior to the Tribulation period. Of all the descriptions of the glorious appearing in the Bible, none is more graphic than that given by the apostle John:

“I saw heaven standing open, and there before me was a white horse, whose rider is called  Faithful and  True.  With justice, he judges and makes war.  His eyes are like blazing fire, and many crowns on his head. He has a name written on him that no one knows but he himself. He is dressed in a robe dipped in blood, and his name is the Word of God. The armies of heaven were following him, riding on white horses and dressed in fine linen, white and clean. Out of his mouth comes a sharp sword with which to strike down the nations. “He will rule them with an iron scepter.” He treads the winepress of the fury of the wrath of God Almighty. On his robe and on his thigh, he has this name written: King of kings and Lord of lords” (Revelation 19:11-16 NIV).

When Christ comes, as the righteous warrior, He will be invincible. He will consume all before Him, all that stand in opposition to Him, and bring every person into subjection. This will be the first clearly righteous war in the history of humankind.  The ability of Christ to wage a righteous war is not only seen in His holy nature but in that His eyes are  “like blazing fire,” indicating that He will judge according to truth. The best judge on earth cannot know all the facts of a given situation because he or she is limited by human frailty. Jesus Christ is not so limited. He who knows the end from the beginning will be a righteous Judge, for His all-seeing eyes will reveal all truth about every individual and nation.