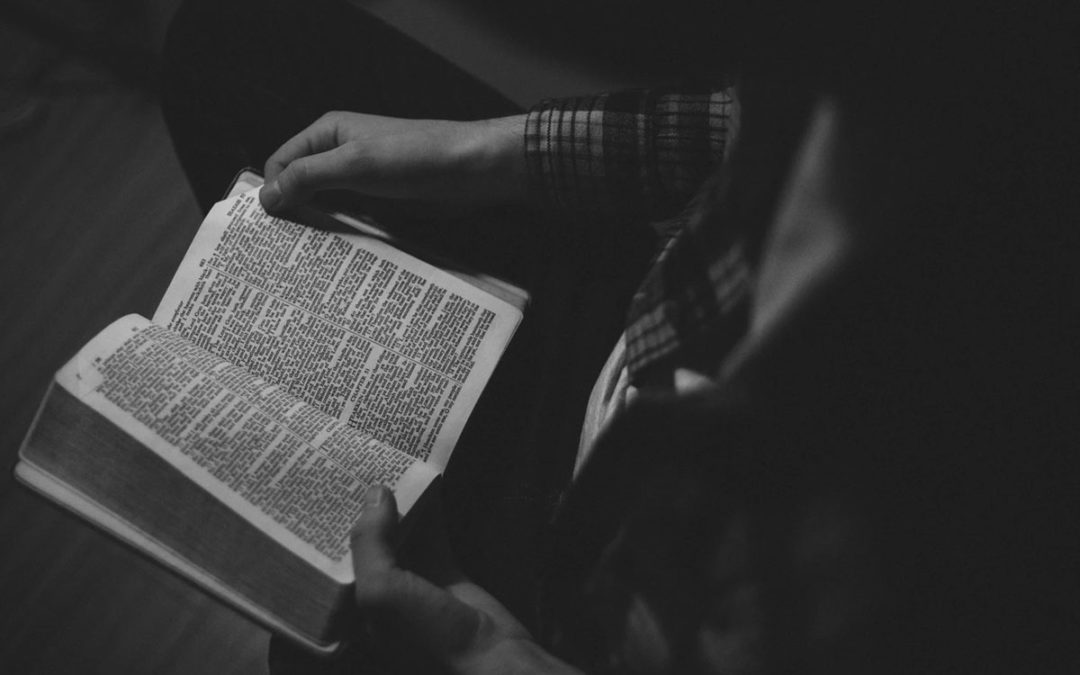 The night is nearly over; the day is almost here. So let us put aside the deeds of darkness and put on the armor of light.

I didn’t hear the gospel clearly explained until I was in middle school. Through a series of events that only the Lord could have orchestrated, I found myself at a private Christian school in the eighth grade. As I encountered the claims of Scripture, a battle within took shape.

I didn’t grow up with any church experience or knowledge of God’s Word. I thought that the Bible was a book of outdated fairy tales written by pre-enlightenment people to control behavior and provide people with a sense of hope in a random and ultimately meaningless world. I did not trust the authority of Scripture and assumed it was full of errors, scientific mistakes, and dusty stories no longer needed in our modern era.

But when I was confronted with the convincing proof of fulfilled Bible prophecy, I came to realize that I needed to decide whether I was going to continue in my blind skepticism or take an honest look at the evidence being presented—even if it meant my paradigm might have to change. I chose the latter and it was a real game-changer for me. I came to realize that only a being who is outside of time could accurately and consistently predict the future the way God does.

If you know someone who is a skeptic, an unbeliever, or a believer who needs to develop a rock-solid confidence in Scripture, here are some of the most compelling examples of fulfilled prophecies you can share with them. I would also encourage you to share this article with them.

Isaiah chapter 53 is sometimes referred to as “the forbidden chapter” as it relates to Orthodox Jewish people because it has caused so much controversy at various times in their history. Many of them skip this chapter in their congregational and personal readings because it so clearly paints a picture of a suffering servant instead of the triumphant political Messiah they long for. For those of us who are Christians, we cannot read Isaiah 53 without the sacrificial death of Christ coming to the fore of our thinking.

Isaiah 53:5 is a compelling verse as it relates to what I’ve mentioned above. There we read, “He was pierced for our transgressions, he was crushed for our iniquities; the punishment that brought us peace was on him, and by his wounds we are healed.” That is the gospel in a nutshell—spelled out for us roughly eight centuries in advance.

A highly credentialed mathematician by the name of Peter Stoner wrote a book called Science Speaks. In it he detailed (among other things) the statistical impossibility of one person fulfilling all 300-plus Messianic prophecies. Stoner knew from experience that large numbers tend lose their impact because we can’t wrap our minds around them, so he used a compelling analogy to make his point.

He explained that for one person to fulfill just 8 of the 300-plus prophecies had the same statistical probability as marking a single silver dollar with an X, filling the state of Texas two feet deep with silver dollars, mixing the marked coin in randomly, blindfolding a person to wonder the state for as long as he wants, and asking him select a single silver dollar—and having that be the marked coin. That was for merely 8 of the 300-plus prophecies related to Jesus’s first coming. Each additional fulfilled prophecy makes the notion exponentially more unlikely—in other words, impossible.

There are also some very compelling types in the Old Testament. These types foreshadow the connection between the Savior and the cross—1,000 years before death by crucifixion was invented and roughly 1,300 to 1,400 years before the Romans began using it as a form of capital punishment. I’ll cover these briefly, but I encourage you to check them out for yourself.

During the first-ever Passover as Moses and the Israelites prepared to leave Egypt after the tenth and final plague, the people were instructed to brush the sides and tops of their doorposts with hyssop dabbed in lamb’s blood. Surely the blood from the top would drip onto the ground. If you connect the dots (top to bottom, side to side), what emerges is the clear shape of the cross.

Moses’s bronze snake on the pole from Numbers 21:8 made no sense whatsoever until it was explained as a foreshadow of the crucifixion in John 3:14, where we read, “Just as Moses lifted up the snake in the wilderness, so the Son of Man must be lifted up.”

A careful study of the book of Numbers reveals that the fashion in which the tribes assembled in Numbers chapter 2 formed the image of a cross—with the top of the cross pointed toward the Promised Land. Also in the book of Numbers we find that the tabernacle itself was set up in the shape of a cross. The people would enter at the foot of the cross to receive forgiveness by way of a substitutionary sacrifice.

These types are extremely compelling because they are not specifically pointed out in Scripture. They are divinely placed hidden gems discovered by students of the Bible. The treasure one finds with these discoveries is a deeper awe and wonder—as well as a stronger faith in the Word and the God of the Word.