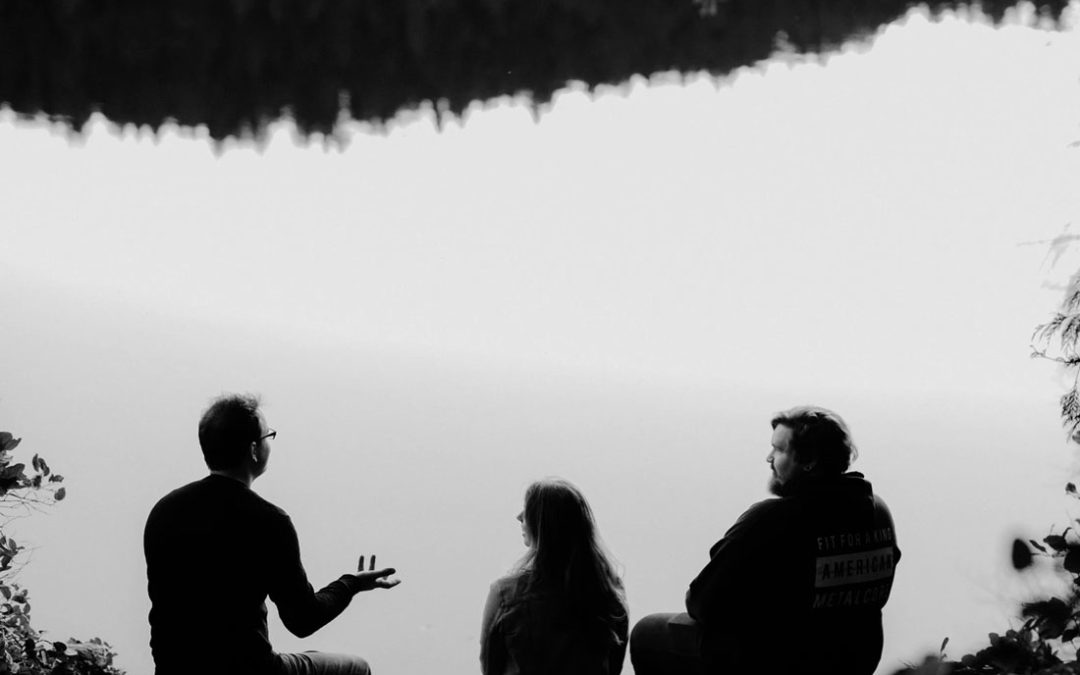 In the book of Daniel, we have the well-known stories of the fiery furnace and the lions’ den, but many don’t realize that Daniel is primarily a book of prophecy. Eight of the twelve chapters of Daniel contain prophecy, and six of the twelve deal specifically with end-time prophecies.

In Daniel chapter 2, Daniel interprets a strange dream for Nebuchadnezzar. The Babylonian leader had dreamed about a giant gleaming statue, and Daniel was given the interpretation of the dream by the Lord.

Daniel began by described the dream to Nebuchadnezzar. He detailed a statue with a head of gold, chest and arms of silver, belly and waist of bronze, thighs and legs of iron, and feet partly of iron and partly of baked clay. Then Daniel described a giant supernatural rock that struck the statue at the feet and disintegrated the entire statue. Then Daniel explained that this mysterious rock “not cut by human hands” became a huge mountain that filled the earth.

Daniel then interpreted the dream for Nebuchadnezzar (and us), and as he did so, he provided a remarkable and panoramic prophecy that accurately predicted four successive world empires, then leaped forward to the time of the end.

After you, another kingdom will arise, inferior to yours. Next, a third kingdom, one of bronze, will rule over the whole earth. Finally, there will be a fourth kingdom, strong as iron—for iron breaks and smashes everything—and as iron breaks things to pieces, so it will crush and break all the others. Just as you saw that the feet and toes were partly of baked clay and partly of iron, so this will be a divided kingdom; yet it will have some of the strength of iron in it, even as you saw iron mixed with clay. As the toes were partly iron and partly clay, so this kingdom will be partly strong and partly brittle. And just as you saw the iron mixed with baked clay, so the people will be a mixture and will not remain united, any more than iron mixes with clay.

In the time of those kings, the God of heaven will set up a kingdom that will never be destroyed, nor will it be left to another people. It will crush all those kingdoms and bring them to an end, but it will itself endure forever. This is the meaning of the vision of the rock cut out of a mountain, but not by human hands—a rock that broke the iron, the bronze, the clay, the silver and the gold to pieces. The great God has shown the king what will take place in the future. The dream is true and its interpretation is trustworthy.

Believers and skeptics alike agree that the four empires or kingdoms represented by the various metals refer to the Babylonian Empire, the Medo-Persian Empire, the Greek Empire, and the Roman Empire. There are several end-time-related prophecies regarding the ten toes and the rock that smashed the statue but I’ll save my commentary on that portion for another article.

In terms of fulfilled Bible prophecies that are compelling, the prophecies about the four successive kingdoms (and many others in Daniel about Alexander the Great and events during the intertestamental period) are so accurate and so broad in scope that critics have tried to say the book of Daniel was written much later than period of the Babylonian captivity. But then in 1947 a little discovery we now refer to as the Dead Sea Scrolls proved that the book of Daniel was already a well-established Qumran scripture that had been around for generations.

There are also several other very specific fulfilled prophecies in the Old Testament regarding world events, specific nations, and people groups. There are historically accurate prophecies concerning the ancient cities of Tyre and Sidon; the nations of Egypt, Assyria, Persia, Ethiopia; and many more. In Isaiah chapters 44–45, God even predicted the then-future King Cyrus—by name—150 years in advance!

Jesus, in his famous Olivet Discourse, told his disciples there was coming a day when Jerusalem would be destroyed and every stone of the temple would be thrown down. In fulfillment of prophecy, this literally happened in AD 70 when the Romans attacked and destroyed Jerusalem.

The Jewish historian Josephus recorded that more than a million Jewish people were killed, and that every stone of the temple was thrown down as Roman soldiers disassembled the giant structure to get all of the molten gold that had covered the temple stones before the once-magnificent temple was set ablaze.

We who are believers know that God used the Jewish people to bring us the Scriptures and the Savior, but many Christians today believe the church has replaced Israel and that all of God’s modern and future plans have to do with the church. Also, many of today’s believers think the rebirth of Israel in 1948 has nothing to do with God’s plans for Israel and the Jewish people. But if you study Bible prophecy, you will find this isn’t even a debatable issue—all future prophecy hinges on Israel’s rebirth, which occurred in 1948.

Prophecy experts and students who study eschatology and end-time signs refer to Israel’s rebirth as the super sign. First, because all other end-time events hinge on this one sign being in place. Second, experts call it the super sign because of the sheer magnitude and impossibility of it taking place by chance or coincidence.

Every Old Testament prophet except Jonah prophesied that Israel would be reborn. Consider these verses written 2,600 years ago:

Ezekiel 36:24—“I will take you out of the nations; I will gather you from all the countries and bring you back into your own land.”

Isaiah 11:11—“In that day the Lord will reach out his hand to claim the surviving remnant of his people.”

The rebirth of Israel was a miracle of history, as was the preservation of the Jewish people during almost 2,000 years of dispersion. The scattering of God’s people is known as the diaspora. During the diaspora, the Jewish people were persecuted and mistreated almost everywhere they went—yet they still maintained their culture, heritage, customs—as well as their passion to one day return to their homeland. God’s chosen people were scattered all over the world for more than eight times as long as the United States of America has been a country!