The Paranormal Becomes the New Normal 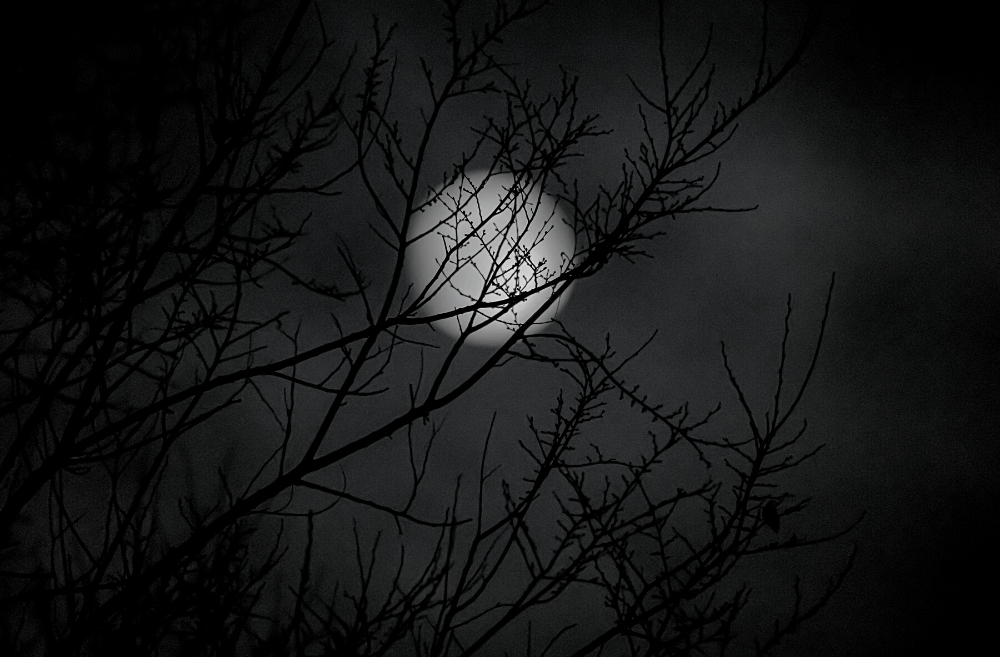 Today we live in a time when—as believers—our faith has not yet become sight. We believe the miraculous events surrounding creation, the exodus, and those related to Jesus’s birth, death, and resurrection. What we forget is that in between those shorter seasons during which the normal and paranormal intersected in a major way there were longer seasons during which believers of old had to live by faith.

While miracles do still occur today, they do so on a smaller scale. I have heard too many credible stories from missionaries, Christian doctors, and believers in oppressive countries to say miracles don’t occur in our day. My point is that we don’t see the large-scale supernatural miracles of old. The church age is intentionally designed to be an era during which we live by faith. But with the single event of the rapture, all of that will change—forever.

Through the seven seal judgments and the first four trumpet judgments we see some supernatural activity on earth, but with the arrival of the final three trumpet judgments—or woes, as the flying eagle called them—a new level of paranormal involvement will occur. It’s almost as if the veil between the seen and unseen realms will be worn thinner and thinner with each wave of judgment. Some translations render the three “woes” as the three “terrors.” We’re about to find out why. At this point in John’s vision, things are about to take a weird and wild turn. Buckle up; Revelation 9 is not for the squeamish. The next judgments described by John will—in a very real sense—release hell on earth. This is a hard truth and one of the reasons many are afraid to read the book of Revelation, but if you know Christ before that terrible time, you will escape the judgments by way of our blessed hope—the rapture! 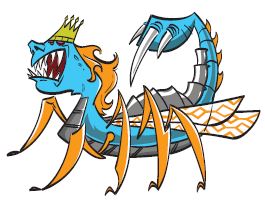 Demonic Locusts from the Abyss

Sounds like the name of a horror movie, right? The fifth trumpet will usher in a terrifying judgment. The first 11 verses of Revelation 9 describe yet another falling “star.” Unlike the previous falling objects, however, this one is given personality—it is referred to as “he” in verse 2. When I first studied this chapter, I thought this star may be Satan himself, but later in Revelation we read that Satan won’t be cast down to earth until the midpoint of the tribulation. That leads me to think the star spoken of here, and seen as the leader of this demonic horde, is another high-ranking fallen angel—one of Satan’s underlings.

This fallen angel will be “given the key to the shaft of the Abyss.” The term “Abyss” is understood to be a temporary prison where some fallen evil entities are held (see Luke 8:30-31; 2 Peter 2:4; Jude 5-7). Whether this abyss is a physical place beneath the earth’s crust or exists in the unseen realm, the “key” will unlock a barrier and release a thick, foul, sky-darkening horde of demonic “locusts.” This will look like something straight out of a sci-fi movie—except it will be horribly real.

These locusts from the abyss will be given the power to hurt people with a terrible and lasting scorpion-like sting. They will be led by a fallen angel named Destroyer (Abaddon in Hebrew, or Apollyon in Greek). I’m not sure if this being is the star who fell to earth with the key to the abyss, or whether he is a different fallen angel—the one currently ruling over the abyss and its horde of locust-demons. Joel chapter 2 also describes these terrible creatures that will invade earth during the tribulation period.

We often think of angels and fallen angels as being ghost-like spirits with no physicality, but a careful review of angelology (the study of angels) reveals some truly interesting insights—not the least of which is the fact that angels can take on physical attributes. As we noted earlier, the deeper we go into the tribulation period, the more the seen and the unseen realms will intersect with greater frequency and intensity. That is foreign to us in our day, but it’s what will happen as the tribulation period unfolds. 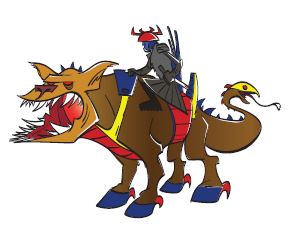 As if the fifth trumpet (the first woe) wasn’t crazy enough, the sixth trumpet (the second woe) surely will be. Apparently, right now there are fallen angels bound in chains (you can read about this in the book of Jude and a few other places in Scripture) and reserved for a certain day and purpose. Here in Revelation 9:13 and following, John tells us about four such angels—bound at the Euphrates River. It is interesting to me that the river has kept its name since the book of Genesis, and we know its location even today.

These four fallen angels will lead a demonic horde of 200 million soldiers to kill one-third of those alive on earth at that time. Keep in mind that many people will have already died during the previous judgments—particularly the fourth seal judgment, when war, famine, and disease will have killed one-fourth of the world’s population (Revelation 6:8). By the end of the sixth trumpet judgment, more than half of the world’s population will have been killed. Today there are almost 7.8 billion people living on earth.1 If the tribulation were to start now, that means almost 2 billion would die during the fourth seal judgment and almost 2 billion more during the sixth trumpet judgment. Horrific!

Bible prophecy experts offer two main views regarding this future army. Some say the text is describing the same army we find later in Revelation 16, brought together by the “kings of the east,” who will cross the dried-up Euphrates River as they march toward Israel and the final tribulation-era battle, the Armageddon campaign. Others say this seems to be a demonic army—a larger-scale force than the demonic locusts released from the abyss during the fifth trumpet judgment.

Perhaps it is a hybrid of the two. As I mentioned, this will be a time when the normal and the paranormal mix like never before. It could be that China or another Asian entity with a large population develops a demonic hybrid army of creatures. It is widely known that the militaries of several countries around the world—most notably China—have been experimenting with DNA splicing to create super-soldiers and other chimera-like creatures. For example, scientists have already begun to breed “super-dogs” that have twice the muscle of a normal dog, and they have been editing human genes since at least 2015 2.

There is also a vast and growing secular movement known as transhumanism—people who believe in self-guided “evolution” using emerging genetic and cybernetic technologies. The leaders of this movement are trying to achieve eternal life (apart from God) through integrating technology with the human species. It is the merging of man and machine 3.

Going back to the 200-million-man army—John describes the members of this army as riding horse-like creatures with lion-like heads that launch fire, weaponized snake-like tails, and bright, colorful armor of red, blue, and yellow. For all we know, the “horses” described by John could be some type of demonic weaponized chimera, or John’s attempt to describe the weaponry that will be used in the future.

Add to our current knowledge of super-soldier programs and the transhumanism movement the fact that during the tribulation period, evil will be fully embraced. Revelation informs us that evil rulers and their unbelieving subjects will openly practice sorcery, witchcraft, and demonic worship. They will partner with demonic entities to devise plans like the world has never seen. It is widely known that Hitler and the Nazis were steeped in occult practices. Now, imagine a time much worse than that, led by a ruler much more wicked and powerful than Hitler—a ruler who has technology far superior to anything that has ever existed. Whatever the nature of this 200-million-man army, it will be unlike anything the

The truly amazing thing about the sixth trumpet judgment is not the strange future-tech chimeras or the gigantic size of the army, but man’s lack of repentance after witnessing all this. Today, the grey is fading. People and movements are polarizing and picking distinct sides. More and more we find that the truths and values of Scripture are either loved or hated. With each passing year, there is less common ground between those who have differing views.

During the tribulation period, this dynamic will escalate with each judgment. Though many will turn to the Lord after the shock of the rapture and through the ministries of the 144,000 evangelists, many others will harden their hearts. This is especially true toward the end of the tribulation. In Revelation 9:20-21 we read,

The rest of mankind who were not killed by these plagues still did not repent of the work of their hands; they did not stop worshiping demons, and idols of gold, silver, bronze, stone and wood—idols that cannot see or hear or walk. Nor did they repent of their murders, their magic arts, their sexual immorality or their thefts.

Notice that even during God’s judgment, repentance is still an option. God’s grace is always present with his judgment. Yet there will come a point of no return, when grace and forgiveness are no longer extended. But until that moment, God’s undeserved favor is still available to all. The sad fact is that each time a person rejects the offer, his or her heart grows harder toward it.

As we’ll see in the upcoming chapters, this hard-heartedness and rebellion will escalate into all-out war against God. A foolish proposition to be sure, but evil will be so rampant and deception so thorough that man will rage against God like an ant that thinks it could take on a silverback gorilla.

This is a practical reminder to us to respond to God when his path intersects ours. These are defining moments that give us the opportunity to experience God and grow in his ways. If you don’t know the Lord, please respond to his offer of salvation. If you are a believer, determine today to live for the things of God that you don’t yet see. The invasion of the seen realm by the unseen realm continues in the next chapter of Revelation, where we’ll meet a giant angel with a mysterious little book.

Excerpted from Todd Hampson, The Non-Prophets Guide to the Book of Revelation, (Eugene, OR: Harvest House, 2019, 85-91) 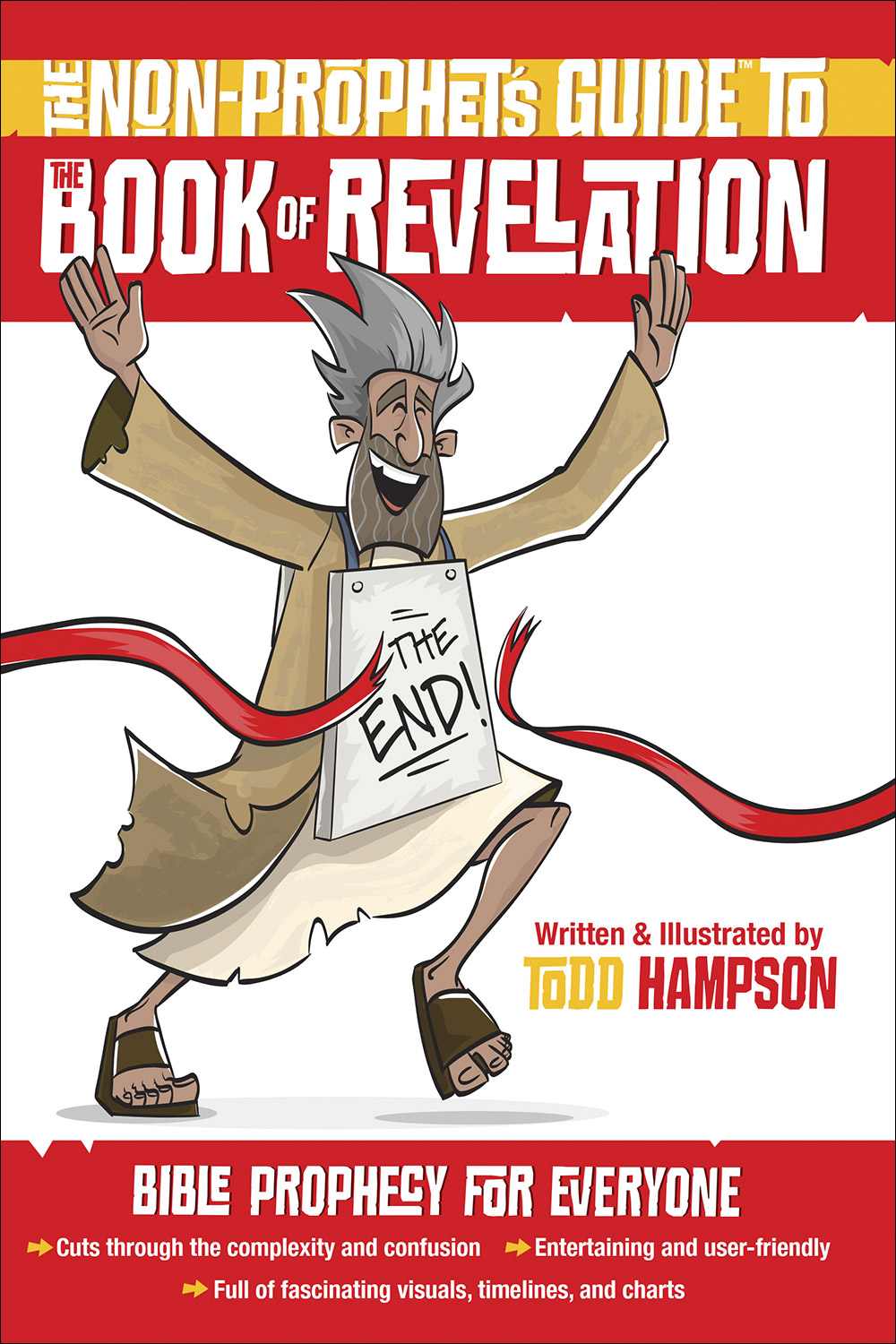