Where the dead are now 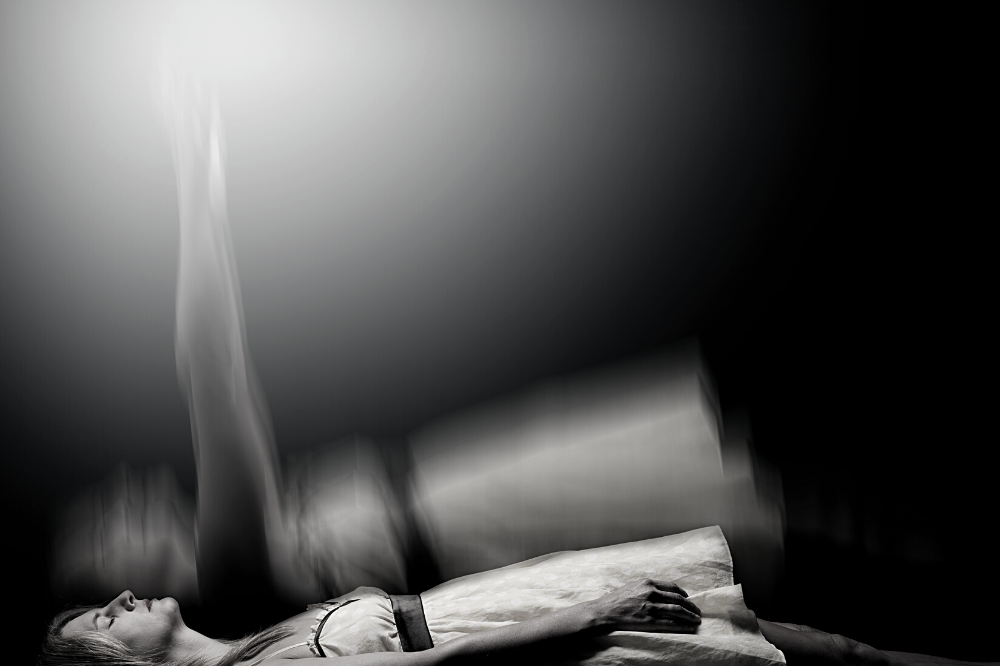 The 39 books of the Old Testament refer to the world of the dead 65 times as Sheol. The word may be translated as “the grave,” “hell,” or “death.” Sheol must not be confused with “the pit” or “the lake of fire,” for Sheol is the place of all those who have departed this life, both believers and unbelievers. The New Testament word for this world of the dead is Hades (appearing 42 times). It is important to note that Sheol and Hades are not really hell, as the King James Version translates it. The Hebrew word Sheol and the Greek word Hades both refer to the same temporary place, whereas hell is a permanent place that lasts forever.

Tartarus, a word that occurs only once in the entire Bible (2 Peter 2:4), is defined by Bible scholars as “the deepest abyss of Hades.” Admittedly we don’t know much about that deep abyss, except that, as part of Hades, it too is probably temporary.

Gehenna is the New Testament word for the permanent place of the dead, used by Jesus Christ Himself 11 times. James also used it (James 3:6). Of Hebrew origin, the word refers to the Valley of Hinnom, just outside Jerusalem, where the refuse of the city was dumped. It was characteristic of this valley that a fire was continually burning there. Many Bible scholars see this as a perfect characterization of hell—a place where “the fire is not quenched” (Mark 9:48), or the “lake of fire” (Revelation 20:14), referring to the final destination of those who have rejected God.

The King James Version of the Bible translates all of these words—Sheol, Hades, Gehenna, and Tartarus—the same: “hell.” This leads to the confusing idea that they all refer to the same place, when in fact they do not. Several modern versions of the Bible have clearly distinguished among these words. The New American Standard Version, for example, calls the temporary places “Sheol” or “Hades,” and the final place of the dead “hell.”

The New Testament presumes a knowledge of the Old Testament’s teachings on the afterlife. But the best teaching on this topic came from the greatest of all sources—the Creator Himself, the Lord Jesus Christ:

“There was a certain rich man who was clothed in purple and fine linen and fared sumptuously every day. But there was a certain beggar named Lazarus, full of sores, who was laid at his gate, desiring to be fed with the crumbs which fell from the rich man’s table. Moreover, the dogs came and licked his sores. So it was that the beggar died and was carried by the angels to Abraham’s bosom. The rich man also died and was buried.  And being in torments in Hades, he lifted up his eyes and saw Abraham afar off, and Lazarus in his bosom.

“Then he cried and said, ‘Father Abraham, have mercy on me, and send Lazarus that he may dip the tip of his finger in water and cool my tongue; for I am tormented in this flame.’ But Abraham said, ‘Son, remember that in your lifetime you received your good things, and likewise Lazarus evil things; but now he is comforted and you are tormented. And besides all this, between us and you there is a great gulf fixed, so that those who want to pass from here to you cannot, nor can those from there pass to us.’

“Then he said, ‘I beg you therefore, father, that you would send him to my father’s house, for I have five brothers, that he may testify to them, lest they also come to this place of torment.’ Abraham said to him, ‘They have Moses and the prophets; let them hear them.’ And he said, ‘No, father Abraham; but if one goes to them from the dead, they will repent.’  But he said to him, ‘If they do not hear Moses and the prophets, neither will they be persuaded though one rise from the dead.’”

Places in the Afterlife

It is important to note that the story in Luke 16:19-31 is not a parable, but the record of a specific experience. Characters in parables are not given definite names but are identified as “a certain man,” “a man,” “a householder,” and so on. This story includes names—Abraham and Lazarus—as Jesus relates the factual record of two men who lived and died (possibly just prior to the telling of the story). They both went to Hades, but not to the same part.

It appears from this passage that Hades is comprised of three compartments: Abraham’s bosom, the great gulf fixed, and the place of torment.

The most desirable compartment in Hades, picturesquely called Abraham’s bosom or paradise, is a place of comfort. In Luke 16:25 Abraham says of Lazarus, “Now he is comforted.” This would be the paradise of the Old Testament, to which the souls of the righteous dead went immediately after death. We can rightly assume that, like Lazarus, they were carried by angels to this place of comfort. It is also a place of companionship for Lazarus, since he has the joy of fellowship with Abraham. Even though he was a poor and rejected man on earth, he now holds an enviable position by the side of Abraham. This, of course, tells us of the wonderful possibility of fellowship with all the other saints of God who have gone on before: Elijah, Moses, David, and many others.

Very few details are given about the second compartment, the great gulf fixed, but we know that it is an impassable gulf over which men may look and converse but not cross. God designed it “so that those who want to pass from here to you cannot, nor can those from there pass to us” (verse 26). Evidently this is a chasm that separates the believers and unbelievers in the next life. Once a person dies, he is confined to one side or the other—comfort or torment. (Some Bible teachers also believe that this great gulf has no bottom to it, and that it could well be the bottomless pit of Revelation 20:3 into which the devil is cast at the glorious appearing of the Lord Jesus Christ.)

More details are given about the place of torment than the other compartments. The Lord Jesus was clearly interested in warning people about this place in order to keep them from going there. The rich man called Hades a place of torments, indicating that it is a real place and not merely a state of existence, as some people would like to believe. Luke 16:22 tells us that “the rich man also died and was buried”; verse 23 begins, “And being in torments in Hades, he lifted up his eyes.” There seems to be no intermediate state; evidently a dead unbeliever goes immediately to the place of torment. Verse 23 also suggests that a person is fully conscious of what he missed, for it states that the rich man “lifted up his eyes and saw Abraham afar off, and Lazarus in his bosom.” This indicates that one of the horrible tortures of Hades will be the ability of unbelievers to look across the great gulf fixed and view the blessings of believers, who are in comfort. The unbeliever will constantly be reminded of what he has missed due to his rejection of God.

One of the many outstanding changes brought about by the death, burial, and resurrection of Jesus Christ is that the believer does not have to go to Sheol-Hades. Psalm 16:10, as quoted by Peter in Acts 2:25-28, establishes the fact that Jesus Christ is not in Sheol-Hades today. The location of Hades is spoken of as “down,” but we find in Acts 1:9-10 that the Lord Jesus was “taken up, and a cloud received Him out of [the disciples’] sight. And…they looked steadfastly toward heaven as He went up.” Second Corinthians 5:8 tells us, “We are confident, yes, well pleased rather to be absent from the body and to be present with the Lord.” In other words, the believer at death does not go to Sheol-Hades, but is present with the Lord, who is not in Sheol-Hades because He dwells in heaven. In fact, the Scriptures teach that the Lord Jesus is presently “standing at the right hand of God” (Acts 7:55). Consequently, when a present-day believer (or any Christian during the church age) dies, he does not go to Sheol-Hades, but his soul proceeds immediately to heaven to be with his Savior, Jesus Christ.

One question naturally confronts us: When did this change take place? We know that the Lord Jesus went to Paradise, for in Luke 23:43 He told the repentant thief on the cross, “Today you will be with Me in Paradise.” So we know that Jesus went directly from the cross into the Paradise section of Sheol-Hades. Now look at Ephesians 4:8-10. This passage reveals that Paradise is no longer located in Hades, but was taken by Christ up into heaven. This would indicate that a dead believer now goes to heaven, where he is joined with the Old and New Testament departed saints, leaving the former Paradise section of Hades an empty compartment. It is also very possible that at this time the Lord Jesus snatched the keys of Hades and death from the hand of Satan, for we see in Revelation 1:18 that He now holds them.

You are probably wondering why the Old Testament saints were sent to the place of comfort or Paradise when they died. Why couldn’t Daniel, David, Abraham, and all those great men and women of God go directly to heaven? After all, they believed in God while they lived. The answer is found in the inadequacy of the covering of their sins. In the Old Testament, sins were temporarily covered by the blood of a lamb without blemish or without spot. But an animal’s blood was not sufficient to permanently cleanse their sins (Hebrews 9:9-10). Sacrifice was an exercise of obedience, in which a person showed his faith that God would someday provide permanent cleansing from sin through the perfect sacrifice of His Son.

When our Lord cried from the cross, “It is finished” (John 19:30), He meant that the debt incurred by man’s sin was paid in full. God in human flesh could accomplish what no animal sacrifice could ever do—atone for the sins of the whole world. After releasing His soul, Jesus descended into Hades and led all the Old Testament believers, who had been held captive up until the time sin was finally atoned for, up into heaven, where they are presently with Him.