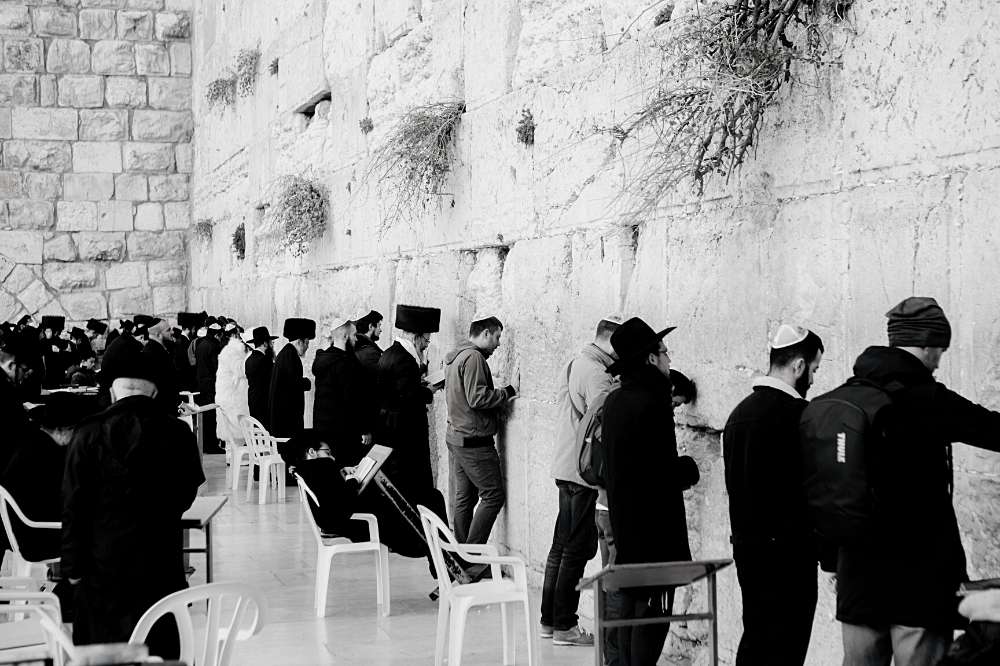 Some Christians have taken this as metaphorically referring to the church. However, the context indicates the verse is referring to 144,000 Jewish men—12,000 from each tribe—who live during the future tribulation period (see Revelation 14:4). The very fact that specific tribes are mentioned in this context, along with specific numbers for those tribes, removes all possibility that this is a figure of speech. Nowhere else in the Bible does a reference to 12 tribes of Israel mean anything but 12 tribes of Israel. Indeed, the word tribe is never used of anything but a literal ethnic group in Scripture.

The backdrop to a proper understanding of the 144,000 during the tribulation is that God had originally chosen the Jews to be His witnesses. He appointed them to share the good news of God with all other people around the world (see Isaiah 42:6; 43:10). The Jews were to be God’s representatives to the Gentile peoples. Biblical history reveals that the Jews failed at this task, especially when they didn’t recognize Jesus as the divine Messiah. During the future tribulation, these 144,000 Jews—who become believers in Jesus the divine Messiah sometime following the rapture—will finally fulfill this mandate from God and be His witnesses all around the world. Their work will yield a mighty harvest of souls (see Revelation 7:9-14).

These witnesses will be “sealed” (divinely protected) by God as they carry out their service for Him during the tribulation (Revelation 14:1-4; see also 2 Corinthians 1:22; Ephesians 1:13; 4:30).

Some have wondered why the Old Testament tribes of Dan and Ephraim are omitted from this list of Jewish tribes. The Old Testament has some 20 variant lists of tribes, so no two lists of the 12 tribes of Israel must be identical. Most scholars today agree that Dan’s tribe was omitted because that tribe was guilty of idolatry on many occasions and, as a result, was largely obliterated (Leviticus 24:11; Judges 18:1, 30; see also 1 Kings 12:28-29).  To engage in unrepentant idolatry is to be cut off from God’s blessing. The tribe of Ephraim was also involved in idolatry and paganized worship (Judges 17; Hosea 4:17). This is probably why both tribes were omitted from Revelation 7.

Others have wondered why the tribe of Levi was included in this list of Jewish tribes rather than maintaining its special status as a priestly tribe under the Mosaic law. Levi is probably included here because the priestly functions of the tribe of Levi ceased with the coming of Christ, the ultimate high priest. Indeed, the Levitical priesthood was fulfilled in the person of Christ (Hebrews 7–10). With no further need for the services of the tribe of Levi as priests, God had no further reason for keeping this tribe distinct and separate from the others. This is probably why they were properly included in the tribal listing in the book of Revelation.

As for the chronology of when these 144,000 Jewish evangelists emerge on the scene, I personally believe this event occurs in the early part of the tribulation period, sometime after the rapture. Some Bible expositors suggest that the 144,000 must engage in their work of evangelism early in the tribulation, for the believers who are martyred in the fifth seal judgment (Revelation 6:9-11) are among the fruit of their labors, and the seal judgments are definitely in the first half of the tribulation period.

These Jews will probably become believers in Jesus in a way similar to that of the apostle Paul, himself a Jew, who had a Damascus-road encounter with the risen Christ (Acts 9:1-9). Interestingly, in 1 Corinthians 15:8, the apostle Paul refers to himself in his conversion to Christ as “one untimely born.” Some Bible expositors, such as J. Dwight Pentecost, believe Paul may have been alluding to his 144,000 Jewish tribulation brethren, who would be spiritually “born” in a way similar to him—only Paul was spiritually born far before the 144,000 Jewish evangelists.