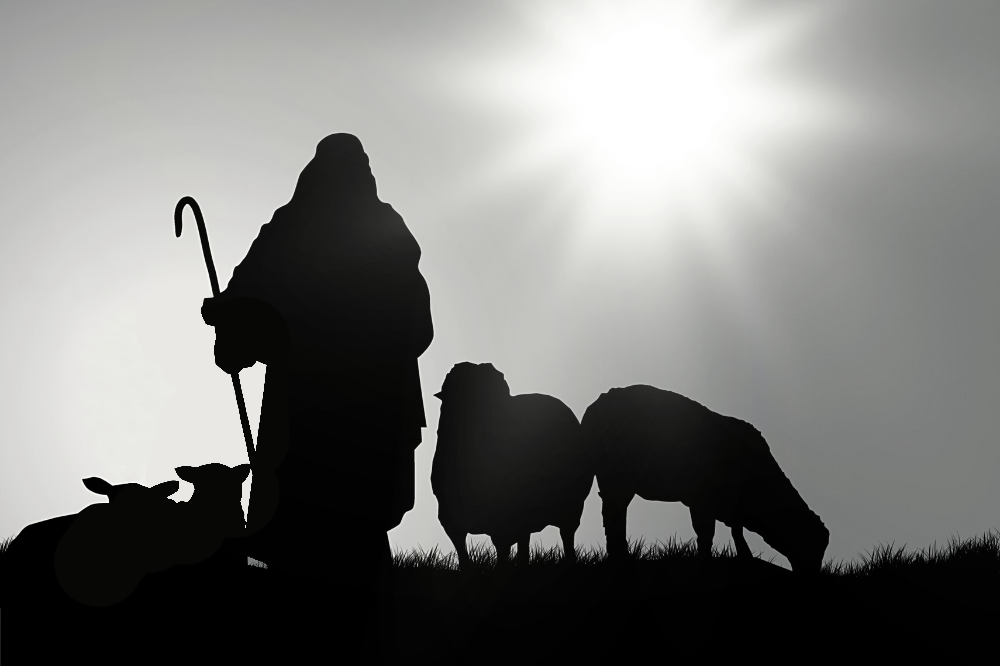 When the angels announced Jesus’ birth to the shepherds that night long ago in Bethlehem, they revealed that this baby was like no other. When they spoke about this newborn child, they used three titles that are rich in meaning. These titles told the shepherds a very specific message that astounded them.

What was that message?

Let’s find out by reading Luke’s account of what happened:

In the same region there were shepherds out in the field, keeping watch over their flock by night. And an angel of the Lord appeared to them, and the glory of the Lord shone around them, and they were filled with great fear. And the angel said to them, “Fear not, for behold, I bring you good news of great joy…For unto you is born this day in the city of David a Savior, who is Christ the Lord” (Luke 2:8-11).

For many of us, this is a familiar Bible passage. We read it in Advent books, we hear it in Christmas sermons, and we see it on Christmas cards. We’ve seen and heard it so much that it’s easy for us to miss just how powerful this message was for the shepherds. For them to hear the angels call this infant Savior, Christ, and Lord must’ve really gotten their attention. By virtue of their Jewish background and what they had heard taught from the Scriptures in synagogue, they understood the significance of these three titles.

By calling Jesus Savior, the angels were declaring that the long-awaited Redeemer had arrived—the one who would rescue His people from their sin. In Isaiah 43:1-3, God tells the people of Israel, “I have redeemed you…I am the Lord your God, the Holy One of Israel, your Savior.” After God calls Himself their Redeemer and their Savior, He then adds in verse 11, “Besides me there is no savior.”

God made it clear that He alone is Israel’s Savior. Only He carries that title. We can safely say the shepherds were able to connect the dots here. It’s likely that they remembered what the prophet Isaiah had said 700 years earlier: “The Lord himself will give you a sign. Behold, the virgin shall conceive and bear a son, and shall call his name Immanuel” (7:14). The name Immanuel means “God with us.” So to the shepherds, the title Savior had clear meaning:  At long last, the Savior, God Himself, had come in human flesh!

Next, the title Christ means “anointed one.” The Old Testament equivalent is Messiah. This is a term of honor given to someone of high office. In the Old Testament, the prophets told Israel that someday, God would send a ruler who would sit on David’s throne forever. And in Luke 1, when the angel Gabriel visited Mary to let her know she would soon conceive, he said, “You shall call his name Jesus…the Lord will give to him the throne of his father David, and he will reign over the house of Jacob forever, and of his kingdom there will be no end” (verses 31-33).

For the angels to use the title Christ sent a clear message that this baby was the Messiah. He was the long-awaited successor to David’s throne, which means He was a king. The angels were saying, “Your king is here!”

Next comes the title, Lord. In the Bible, the term Lord is used repeatedly to speak of God. In fact, the Greek term that the angels used (kyrios) appears in the Greek translation of the Hebrew Old Testament more than 6,800 times to refer to God Himself. The angels could not have been any clearer: This baby Jesus is truly and fully God. He is the supreme ruler and Lord of all.

Notice as well how the angels expressed these last two divine titles. They called Jesus “Christ the Lord.” The phrase “Christ the Lord” can be taken to mean “Messiah God.” This is like saying, “Unto you is born this day your God and Messiah in human flesh.”

Savior. Christ. And Lord. What powerful titles! Every one of those titles speaks of this infant’s divine nature—of the fact He is God. The shepherds had to have been absolutely amazed. They realized who this child was. They were so excited that they said, “Let us go and see!” Luke tells us that “they went with haste” (see Luke 2:15-16). And after they saw the baby, they returned to their flocks “glorifying and praising God for all they had heard and seen” (verse 20).

Anytime we think about baby Jesus in the manger, may we, too, be filled with awe. May the full force of His titles—Savior, Christ, and Lord—cause us to fall on our knees in reverent worship. In this tiny package was God. And He came to bring us home.

O come, let us adore Him!

Steve Miller is the author of Foreshadows: 12 Megaclues That Jesus’ Return Is Nearer Than Ever. His Foreshadows Report podcasts can be accessed at https://stevemillerresources.com/.