A door of biblical discernment 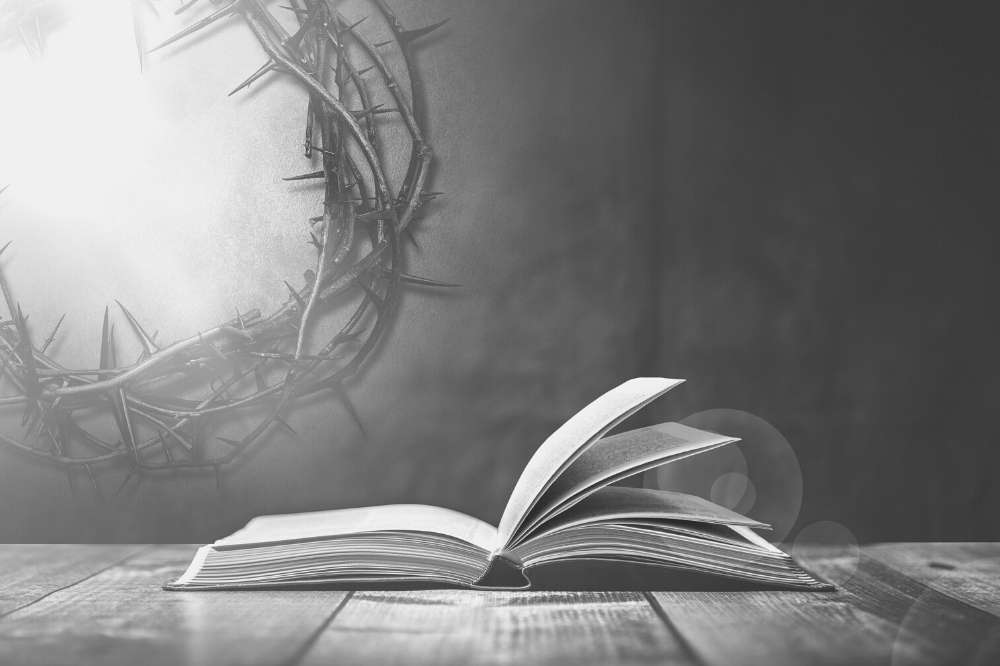 As we continue to witness stage-setting prophecies developing before our eyes, we must also develop the ability to “understand the times, with knowledge of what [we] should do” (1 Chronicles 12:32). It was this very ability to understand and navigate life that characterized Paul’s most passionate prayers for the Philippians: “This I pray, that your love may abound still more and more in real knowledge and all discernment” (1:9). He prayed essentially the same for the Colossians (1:9).

In an age of unlimited information via the internet, the masses of humanity nevertheless remain largely ignorant, unaware of past history and present happenings across their world. As far back as 2008, the Intercollegiate Studies Institute found that 71 percent of Americans of all backgrounds, incomes, and education failed a basic literacy test. Only 27 percent know that the Bill of Rights prohibits the establishment of an official religion in the United States.9 A 2017 poll found that 37 percent cannot name a single right protected by the First Amendment. Some universities are considering abolishing their history departments, so low is the interest in the subject. At the same time, more Americans can “identify Michael Jackson as the composer of ‘Beat It’ and ‘Billy Jean’ than could identify the Bill of Rights as a body of Amendments to the Constitution.”10 The same survey found that “more than a third did not know the century in which the American Revolution took place.”11

From 1964–2010, the number of Western civilization survey courses in America’s colleges have declined to the point of near extinction.12 Apparently the study of history is becoming history itself! Today’s generation seems to have become experts at snapping selfies and posting on social media while simultaneously remain-ing largely uninformed about the course of their own civilization or the basics of the Bible, as shown by a Barna Group poll that found 12 percent of Americans think Joan of Arc was Noah’s wife. A further survey revealed that more than 50 percent of graduating high school seniors thought Sodom and Gomorrah were husband and wife!13 That would be funny if it weren’t true.

As for Christians and their grasp of the Bible, things aren’t much better. Only 3 percent of teenagers who own a Bible read it daily. Among churchgoing adults, 19 percent read it daily, with 14 percent opening it once a week and 18 percent never reading it at all. In America, more than half of those who profess to be Christians believe their good works will help them get to heaven.14 This is no surprise, given the statistics above about Bible reading. Is it any wonder, then, that professing believers today not only fail to discern how the events of our world fit seamlessly into Bible prophecy, but also struggle to cope in an ever-increasingly godless culture?

The solution to this malady is for professing Christians to get back to, and into, the Bible, both personally and corporately. Jesus severely rebuked the churches at Pergamum and Thyatira for ignoring and dishonoring His Word by holding to wrong teaching and immorality (Revelation 2:14-16, 20). It is imperative that we who are Christians develop discernment concerning this prophetic sea-son in which we find ourselves. At no other time in the past 2,000 years has it been more essential for the church to know where she is on God’s prophetic timetable.

Therefore, we must return to the Word of God—reading, studying, discussing, and hearing it regularly. For when the Bible speaks, God speaks. And in these days, we desperately need to hear from God.

Put plainly, it’s time for you to dive into the Word. And pastors must “work hard at preaching and teaching” the Word (1 Timothy 5:17).

(Excerpted from Aftershocks by Jeff Kinley)

12. “American’s Increasing Ignorance of American History & Government Can No Longer Be Ignored.”

14. Leah MarieAnn Klett, “Over Half of US Christians Believe Good Works Will Get Them into Heaven: Study,” Christian Post, August 11, 2020, https://www.christianpost.com/news/over-half-of-us-christians-believe-good-works-will-get-them-into-heaven-study.html.