Clash of the Superpowers in the Middle East 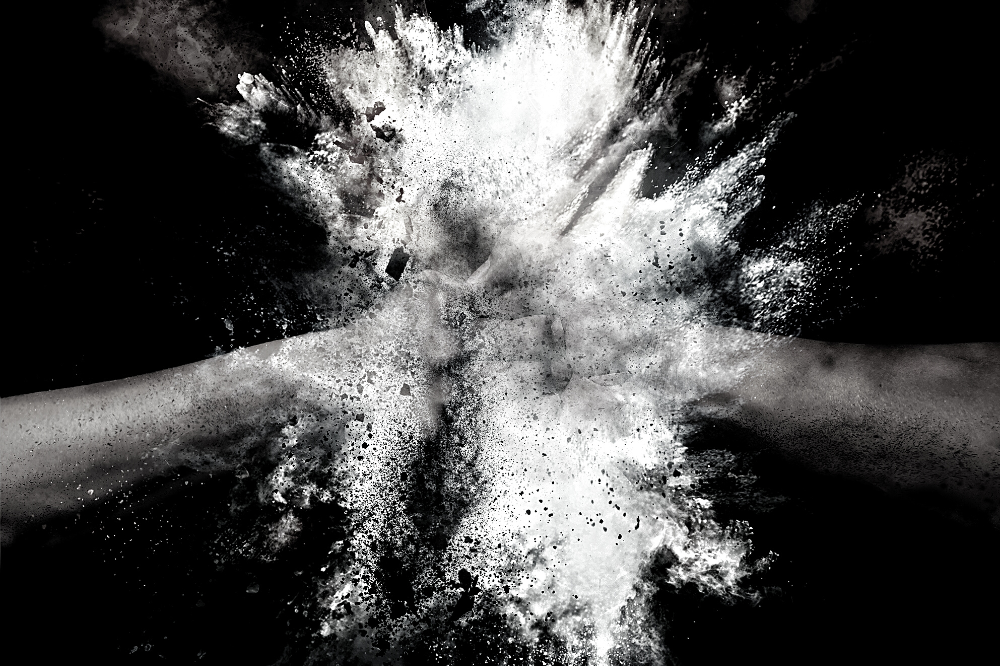 In the space of one week, both President Biden of the United States and President Putin of Russia made high-profile visits to the Middle East. Why all of a sudden this flurry of activity? What is going on?

There is so much happening in the Middle East today that it is hard to keep track of who is doing what. The geopolitical landscape is constantly changing, with turmoil and strife always taking place somewhere.

But if we step back and focus on just the two superpowers that are active in the Middle East—the US and Russia—we can get a clearer picture of what’s going on. There is a third superpower that is now having a growing influence in the region, and that’s China. But China has purposely kept a low profile, limiting itself mostly to diplomatic and trade relations, and not getting overtly involved politically or militarily. When it comes to actual power plays in the Middle East, it’s the United States and Russia that are clashing with each other.

This became especially evident recently with Biden’s visit to Israel and Saudi Arabia, and Putin’s trip to Iran to meet with the presidents of Iran and Turkey. There is no question that Putin went to the Middle East immediately after Biden’s visit because he wanted to push back on America’s influence in the region.

As we look at the clash that’s taking place between the two superpowers, let’s start with the US.

The US has been a supporter of Israel from day one. As soon as Israel declared its independence on May 14, 1948, US president Truman recognized Israel’s statehood. Since then, the US has been Israel’s strongest ally, and the two countries have enjoyed strong relations. Most importantly, the US has supported Israel’s military and weapons development, and provided financial aid for Israel to defend itself against its enemies.

For several decades, the US has been actively involved in Middle Eastern affairs. The US had a key role in bringing peace between Israel and Egypt back in 1979, and efforts to bring peace to the region have continued. Most recently, in 2020, the US helped to bring about the signing of the Abraham Accords, which paved the way for normalized relationships between Israel and the United Arab Emirates, Bahrain, Sudan, and Morocco.

Also, for many years, the presence of US troops in various parts of the Middle East acted as a deterrent against terrorists and provided a major source of security for Israel.

But recently, the extent of the US’s involvement has diminished. The troop reductions and withdrawals from Syria, Iraq, Libya, and Afghanistan have all left vacuums that are now being exploited by Russia, Iran, and many militant terrorist groups supported by Iran.

When the US made a sudden and poorly planned withdrawal from Afghanistan in August 2021, the country was immediately taken over by the Taliban. The disastrous manner in which the US pulled out left many of America’s allies wondering: Can the US be trusted to help them in a time of crisis? An article in Foreign Affairs magazine said that “American credibility has been dealt a staggering blow. Allies no longer trust that the United States will keep its commitments…and adversaries no longer fear the same thing.”[1]

Another way that US influence is declining is by failing to help its supposed allies in the Middle East. Back in September 2019, a terrorist group supported by Iran attacked Saudi Arabian oil facilities. But the US took no military action. This surprised Saudi Arabia, which assumed the US would act on its past track record of protecting the free flow of energy across the region. The lack of action on the part of the US meant Iran got away with the attacks, and is likely among the reasons that Iran continues to act belligerently in the Middle East, unafraid of any consequences from the US.

There have also been major disagreements between the US and Israel regarding the latest nuclear talks with Iran. Israel has said Iran cannot be trusted and that any agreement must be backed by the threat of military force if Iran does not comply with the terms in the treaty. But the US refuses to go that route. It is because of the US’s continued insistence on negotiating with Iran—and making concessions to Iran—that Israel decided to scale back the secret military intelligence it shares with the US. That’s because Israel is afraid the US might do something that compromises Israel’s efforts to protect itself from Iran.

This brings us to the recent US trip to Israel and Saudi Arabia. While in Saudi Arabia, President Biden told leaders from several Arab nations, “The United States is invested in building a positive future in the region in partnership with all of you, and the United States is not going anywhere.” He then said, “We will not walk away and leave a vacuum to be filled by China, Russia, or Iran.”

Yet Arab leaders have been skeptical about the US’s level of commitment to the Middle East. That was evident by the news reports after Biden’s meetings, with one of them proclaiming, “Looming over the meetings for many of those leaders were doubts about the United States’ long-term commitment to the region.”[2]

Politically, Biden has also talked a lot about the need for democracy to spread, which is not a message the Arab leaders are receptive to. Virtually all of them are kings, dictators, or military leaders who were not elected democratically. Israel is the only true democracy in the entire Middle East.

Prior to the visit to Saudi Arabia, the White House set high hopes for building on the Abraham Accords and normalizing relations between Saudi Arabia and Israel. But Saudi officials have said they will not move forward on this until Israeli-Palestinian issues are resolved. Another key reason for the trip was to encourage the development of a regional security alliance that would ask several Arab countries to cooperate with Israel and push back against Iran. But Arab leaders from Saudi Arabia, the Arab Gulf States, Egypt, Jordan, and Iraq expressed reluctance toward developing such an alliance. Still another purpose of the visit was to ask Saudi Arabia to increase oil production to help with energy shortages in the US and the European Union. Saudi Arabia said no, saying the soonest it might be able to increase oil output—and minimally so—is 2025.

So while the US was well received by Israel, it was unable to accomplish its objectives with Arab leaders from around the Middle East.

Now let’s look at the other superpower involved in this clash: Russia.

Ever since Putin became president, he has deliberately cultivated diplomatic relations with every single country in the Middle East—even with nations that are at odds with each other. For example, while Saudi Arabia and Iran don’t get along, Russia has diplomatic ties with both.

What Putin has done is to maintain relations with all the different countries while not openly taking sides in their internal disputes. And because Russia is constantly at work maintaining these relationships, it has become more and more of a major power broker in the area.

One big break for Russia’s involvement in the Middle East came as a result of the civil war in Syria, which broke out in 2011. In 2015, Syrian president Bashar al-Assad’s government was on the brink of collapse, so he reached out to Putin and asked for help. Putin provided fighter jets and ground forces, and Russia’s involvement has been successful enough that even though the war continues, there’s more stability in Syria these days, and Assad’s government has managed to survive.

A key reason Putin was eager to help is because Russia has long wanted to be the dominant superpower in the Middle East and push back on Western influence. For context about Syria, we have to remember a crisis that took place in 2013. When Assad was accused of using chemical weapons against his own people, the US said that was a red line that could not be crossed. But even as evidence came out that chemical weapons were indeed being used, the US did nothing. This signaled to Putin that the US was a weak player—and it served as an invitation for Russia to be more aggressive.

Another way in which Russia has a major influence in the Middle East is its ties with Iran, which continue to grow. In 2001, the two countries signed a 20-year treaty agreeing to mutual relations and increased trade. And in 2021, Iran and Russia began work on a new 20-year agreement, one that would greatly expand their already-extensive ties.

Russia has established other strategic footholds in the Middle East as well—in Libya and other parts of North Africa, the United Arab Emirates, Yemen, and even Afghanistan, where Russia has active relations with the Taliban government.

In all of this, we see that Russia is very involved in the Middle East. This brings us to Putin’s recent visit to Iran, where he met with the presidents of Iran and Turkey. Again, there’s no question Putin did this immediately after Biden’s trip because he wanted to ensure Russia stays more dominant in the region.

So what were the results of Putin’s meetings?

Iran and Russia agreed to the need for stronger bilateral relations to push back against Western sanctions, and to get rid of the use of the US dollar in international financial transactions.

Iran has asked Turkey to pull back its forces in the Syrian civil war. While Iran and Russia have supported President Assad’s forces, Turkey has not. Both Russia and Iran are highly motivated to end the civil war, which will enable them to have an even stronger and more focused presence in Syria. Iran’s desire is to continue using Syria as a strategic base for attacks against Israel, for Syria sits right on Israel’s northern border. And Russia now has an established air base as well as a naval port in Syria, which provides its military with greater access to both the Middle East and the Mediterranean region.

These developments have major prophetic significance. As we know from Ezekiel 38, there is coming a future invasion against Israel that will involve Russia, Iran, and Turkey. We don’t know when this invasion will take place, but because Russia and Iran both have a major military presence in Syria, we can see the stage-setting going on right now.

Another result of Putin’s meeting is that Turkey is now insisting that the US pull its remaining forces out of Syria—which would be yet another step toward diminished influence.

In the aftermath of the US and Russian visits to the Middle East, we see Russia actively engaged, and we see Arab leaders showing skepticism toward the US. In fact, shortly after Putin’s trip, Russian foreign minister Sergey Lavrov went to an Arab League summit meeting in Cairo, Egypt, to affirm Moscow’s commitment to maintaining strong ties to the Arab world.

Ultimately, because Russia is such a strong ally of Iran and other nations that are hostile toward Israel, the fact Russia is becoming the more dominant superpower in the Middle East puts Israel in greater danger.

We can be certain that the US and Russia will continue to clash in the Middle East. Yet the very fact we see some key prophetic stage-setting take place is confirmation that God’s plans are unfolding exactly the way He said they would. No matter what happens, we can be assured that God is still in control. It is for this reason that we can keep watch and find hope—knowing that with each day that goes by, we are drawing closer than ever to Christ’s return.

This article is excerpted and adapted from a recent podcast on Foreshadows Report, which can be accessed at www.SteveMillerResources.com. Steve is the author of the new book Foreshadows: 12 Megaclues That Jesus’ Return Is Nearer Than Ever.