How Close Are We to the Ezekiel 38–39 Invasion of Israel? 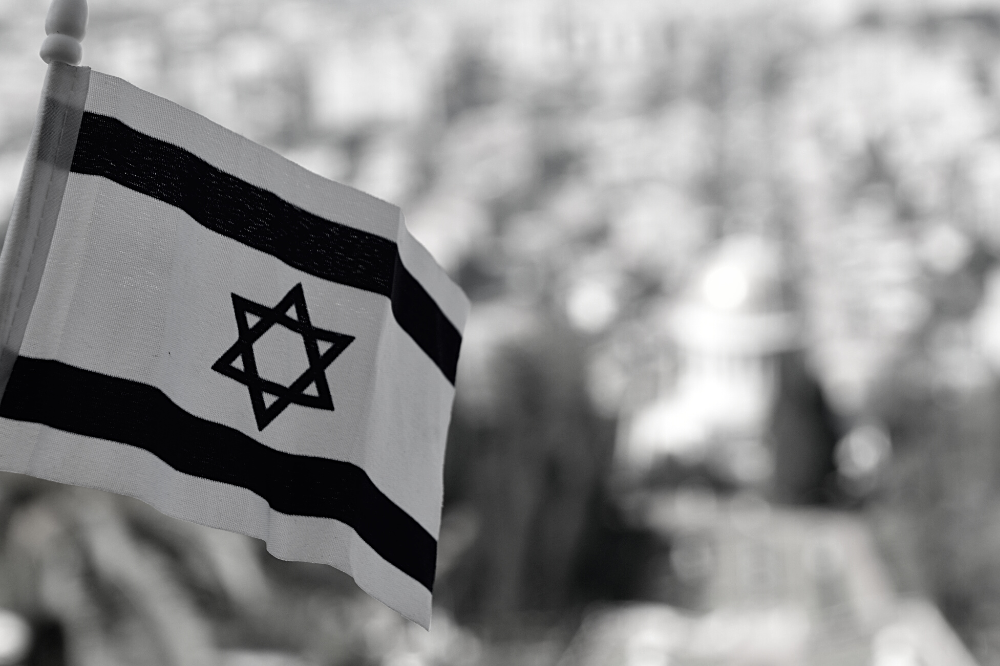 How Close Are We to the Ezekiel 38–39 Invasion of Israel?

Bible prophecy tells us that in the “latter days,” a group of nations will form a massive military coalition and invade Israel. These attackers will come “out of the uttermost parts of the north,” and there will be so many that God says they will be “like a cloud covering the land” (Ezekiel 38:15-16). The strike force will be so overwhelming that Israel has no chance of survival.

There are major events happening right now—on the other side of Israel’s northern borders—that indicate some serious stage-setting is taking place for this war. These developments are so astounding that they reveal just how prophetically active God is these days!

Before we move on to the specifics, let’s address an important question many people ask about the Ezekiel 38–39 invasion: How do we know this war is still in the future, and that it hasn’t already happened?

There are two major reasons we know the prophecies in Ezekiel 38–39 have yet to be fulfilled. First, we’re told this invasion won’t occur until the Jewish people are regathered “from the nations” (Ezekiel 38:12). After Rome destroyed Jerusalem and the temple in AD 70, the Jewish people were scattered all over the globe. This widespread exile continued for the next 1,900 years. But beginning in the 1890s, a small number of influential Jewish leaders became inspired by a vision for returning to their homeland. What started out as a trickle of returnees became a flood, with tens of thousands making the journey. And on May 14, 1948, Israel was reborn as a nation—a true modern-day miracle performed by God, who had promised He would bring His people back into their land (Jeremiah 32:37).

Second, Ezekiel 38:2-6 identifies the nations that will participate in this attack—and historically, they have never formed a military alliance to do battle against Israel. So we can know with certainty this war is still in the future.

A careful study of the ancient place names listed in Ezekiel 38:2-6 reveals the military coalition will include Russia, Iran, Turkey, Libya (and possibly Algeria and Tunisia), Sudan, and the territories in the southern part of Russia that were formerly part of the Soviet Union, including Kazakhstan, Uzbekistan, Tajikistan, Kyrgyzstan, Turkmenistan, and northern Afghanistan. (For a detailed explanation of how we can determine the identities of the invading armies, see my book Foreshadows [Eugene, OR: Harvest House, 2022], 269-274.)

As we look at these countries today, the one overwhelming common denominator is that they are Muslim. While Russia itself isn’t a Muslim nation, the former Soviet republics that cover the territories mentioned in Ezekiel 38:2-6 are predominantly Muslim, and all the other countries listed are Muslim. Without a doubt, widespread Muslim animosity toward Israel will play a key factor in the invasion, along with the desire for plunder, as stated in Ezekiel 38:12-13.

So why will Russia be involved? Most likely because it has diplomatic or military ties with all the Muslim countries in the Middle East, and because of its stature as a military superpower, which makes it likely the other nations will ask Russia to help spearhead the invasion. Turkey and Iran will surely have high-profile roles as well because of their considerable military forces and weaponry.

A Closer Look at What Is Happening in Syria

Syria lies to the north of Israel, and the two countries share a border in the Golan Heights region. The two have been in a state of war since Israel’s rebirth in 1948, and Syria refuses to recognize Israel, whose citizens are not allowed to enter the country.

Though Syria is not named as part of the military coalition in Ezekiel 38, the fact this politically weak and war-torn nation is being propped up by Russia and Iran—two key members of the coalition—essentially makes Syria a puppet and a convenient launching pad from which the invasion could take place.

For decades now, Iran’s desire has been to be the dominant power in the entire Middle East. A very effective way Iran’s leaders have worked toward this goal is by establishing terrorist and militia groups in other Middle Eastern nations. These groups are used to create “proxy territories” and “proxy battlegrounds” that help to advance Iran’s interests in those places.

This is especially true of Syria, where a civil war broke out in 2011. Iran has long been an ally of Syria’s president Bashar al-Assad, who has been dictator since 2000. Wanting to help the Assad regime stay in power, Iran recruited its proxy terrorist groups to come alongside Assad’s forces and push back against anti-government factions. In the years that followed, Iran kept increasing its military, intelligence, and economic assistance. It’s estimated that Iran has poured anywhere from $30 billion to more than $100 billion into helping to keep Syria in al-Assad’s hands.

In 2015, al-Assad asked Russia for additional military help because at the time, his regime was still in danger of collapsing. Russia deployed fighter jets to Khmeimim Air Base in Syria for use in air strikes against rebel forces. Russian ground troops and advisors were also brought to Syria to help defeat the anti-government factions.

Russia’s intervention was successful enough that in 2017, Syria agreed to provide Russia with permanent access to the air base as well as to its naval base in Tartus, which now allows Russian warships a foothold to the Mediterranean Sea. Russia’s involvement in Syria has since continued to expand, which gives Russia’s aggressor military dangerously close access to Israel’s borders.

Together, Iran and Russia continue to fight on behalf of Assad, but the country has been ravaged. An estimated half-million Syrians have been killed, and more than 13 million have been displaced. Some 90 percent of the people live in poverty, the currency is nearly worthless, health care and other services are abysmal or lacking entirely, and violence is widespread.

In light of all that Iran has invested in Syria over the years, it has demanded major concessions from the Syrian government—concessions that give Iran considerable voice over what happens in the country. And because Syria is still heavily dependent on Iran for food, oil, and other goods, Iran has insisted on having a controlling interest in many parts of the Syrian economy and government. Iran has also established permanent military bases in Syria, and has plans to build a seaport, presumably for military use.

Religiously, Iran has attempted to push Syria’s populace away from a majority-Sunni persuasion and exhorted the people to embrace Shiism. This is happening through indoctrination at schools and religious seminaries, and through the building of Shiite mosques and shrines. Iran has also moved Shia loyalists from Lebanon and Iraq into Syria—again, in an effort to change the balance of power.

Especially significant is that Iran has built ballistic missile factories in Syria and has been extremely active in sending massive quantities of weapons into the country. In the news, we frequently hear or read about Israel’s precision air strikes on weapons sites in Syria—strikes meant to protect Israel from danger. In the beginning of June 2022, Israeli air strikes damaged Damascus International Airport in an attempt to temporarily slow down Iranian weapons transfers into Syria.

Iran’s extensive involvement in Syria—especially from a military standpoint—puts Israel’s most hostile enemy right on Israel’s northern doorstep. Geographically, Israel and Iran are separated by 1,000 miles of desert, but that distance has become meaningless with Iran’s virtual control of Syria.

A Closer Look at What Is Happening in Lebanon

Also to the north of Israel is Lebanon—which, like Syria, has largely become a puppet of Iran. One of the major political parties in Lebanon is Hezbollah—a terrorist group funded by Iran to the tune of more than $700 million per year. This gives Hezbollah considerable clout in Lebanon—clout that really belongs to Iran because of Hezbollah’s commitment to carry out whatever orders are put forth by Iran’s supreme leader, Ali Khamenei.

Hezbollah has possession of an estimated 120,000 to 140,000 rockets and missiles, all supplied by Iran. And yes—this firepower is a serious and imminent threat to Israel.

Much like Syria, Lebanon is in dire straits. The country is impoverished, and its people have suffered greatly through an economic meltdown and severe shortages of fuel, food, and medicine.

In Lebanon’s most recent election, Hezbollah lost its parliamentary majority, but the terrorist group has insisted on keeping its weapons, which enables it to wield enormous power. This has brought about a difficult dilemma for Lebanon: Hezbollah’s weapons make it possible for the group to threaten and bully Lebanon’s government and people, which means Iran still holds significant sway over what happens in the country.

A Closer Look at the Danger to Israel

Two of the most significant nations named in the Ezekiel 38 military coalition against Israel are Russia and Iran. Both are capable of contributing mightily to the firepower and forces for this future invasion of Israel. The two are strong allies, and the extent of Iran’s military and weapons presence all along Israel’s northern border is worrisome to the Israel Defense Forces.

Again, while Syria and Lebanon are not named among the invading nations, I believe we can legitimately include them as part of the coalition because the two countries are essentially proxies of Iran, and to an extent, Syria is being upheld by Russia. What’s more, after Ezekiel 38:2-6 lists the participants in this war, it concludes by saying “many peoples” will be involved. This could include the Russian and Iranian militaries and terrorist fighters in Syria and Iran.

It’s no secret that Iran has a rabid hatred of Israel and wants to destroy the Jewish nation. Given how deeply entrenched Iran has become in Syria and Lebanon, Iran is in a highly strategic position to achieve its goal of wiping out Israel. Syria and Lebanon may very well serve as the gateway through which the Ezekiel 38–39 invasion takes place.

In addition, the other nations in Ezekiel 38:2-6 that we haven’t looked at yet—including Turkey, Sudan, and Libya—are on their way to forming closer or new diplomatic and military ties. We are seeing increased efforts toward cooperation that have not existed before.

God Has Already Determined the Outcome!

The stage is being set for the Ezekiel 38–39 invasion. Though we do not know how much time is left before this war breaks out, there’s no question what we see happening in Syria and Lebanon today has prophetic significance. It’s scary to know we are drawing closer than ever to the fulfillment of such an ominous prophecy. Yet the fact changes are taking place in the Middle East that line up with what God prophetically declared in Scripture is reassuring. It’s affirmation that God is truly in control.

What’s more, we know from Ezekiel 38:18-23 that in this very dark moment in Israel’s history—when the nation is about to be annihilated—God Himself will deliver His people. In blazing wrath, He will destroy the invading armies, and there will be no other explanation for Israel’s victory. As God says, “I will show my greatness and my holiness and make myself known in the eyes of many nations. Then they will know that I am the LORD” (verse 23).

Those of us who are familiar with Bible prophecy have seen evidence of God’s total sovereignty over world events as confirmed by His perfect track record of past prophetic fulfillments. And when the events of Ezekiel 38–39 come to pass, the outcome will be so miraculous that even the unbelieving world will have no alternative but to recognize that it was God Himself who brought victory to Israel.

Steve Miller is the author of Foreshadows: 12 Megaclues That Jesus’ Return Is Nearer Than Ever. His Foreshadows Report podcasts can be accessed at https://stevemillerresources.com/, and you can follow him daily on Telegram Messenger Channel at https://t.me/ForeshadowsReport.