Wars and Rumors of Wars: The Exhortations We Often Overlook 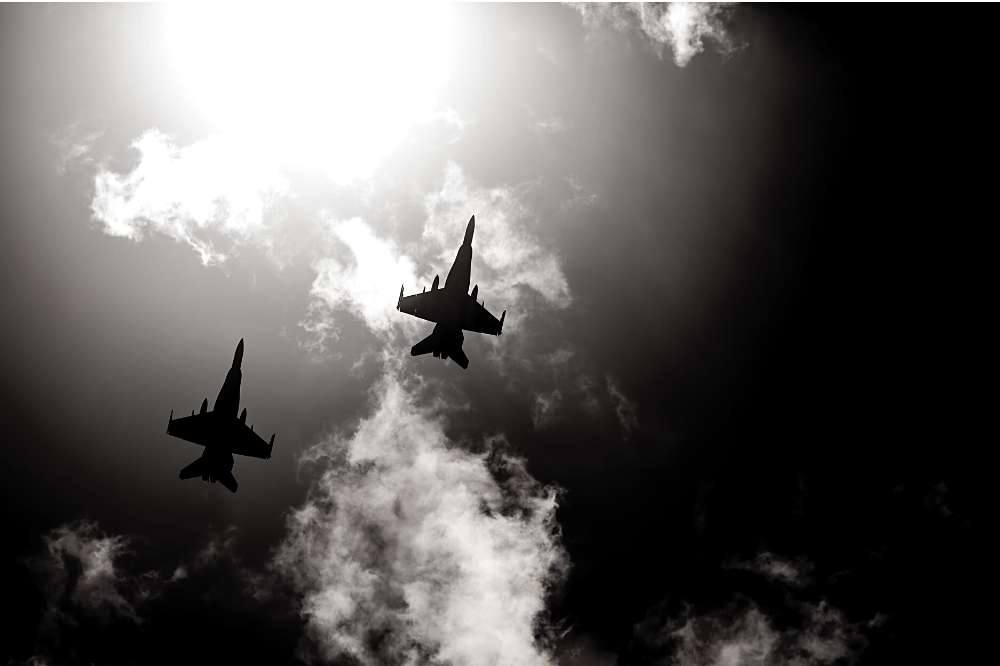 Ever since Russia invaded Ukraine, many Christians have wondered: Is this one of the signs that we are about to enter the end times? Does this war have anything to do with Jesus’ warning in Matthew 24:6 about “wars and rumors of wars”?

Among reputable and trusted Bible prophecy experts, there are some who say yes, “wars and rumors of wars” can apply to conflicts happening in our day. Other prophecy scholars, however, believe that the signs Jesus described in Matthew 24 apply only to the seven-year tribulation period, after the church has been raptured from earth to heaven.

I’ll say up front that my purpose in this article is not to start a debate between the two views. As you’ll see later, I want to call attention to some very important—and easily overlooked—words Jesus said after He spoke about “wars and rumors of wars.”

Let’s start by becoming familiar with what prophecy teachers say about the first half of the verse, or “wars and rumors of wars.” Then we’ll focus on the second half, which is equally deserving of attention.

Two Primary Views About “Wars and Rumors of Wars”

Some believe that the end-times signs Jesus talks about in Matthew 24:4-14—including “wars and rumors of wars”—describe what will occur during the span of time between Christ’s first and second comings—that is, the church age. And as we draw closer to Christ’s return, things will get worse. Their reasoning is based on Jesus’ words in verse 8, where He said, “These are but the beginning of the birth pains.” As we all know, birth pains occur at the very end of a pregnancy, and once they hit, they increase in intensity very quickly.

This view was held by the preeminent prophecy scholar John F. Walvoord. He wrote that Matthew 24:4-14 describes “the entire period between the first and second coming of Christ.” He also said that “the prediction of difficulties…are fulfilled in an intensified form as the age moves on to its conclusion.”[1]

Walvoord and others who hold to this view say the events in verses 4-14 will occur all through the church age. He then said that verses 15-26 are specific to the seven-year tribulation itself. There’s no way to say otherwise, for in verse 15, the abomination of desolation takes place, an event that Jesus said was “spoken of by the prophet Daniel.” Jesus was pointing back to Daniel 9:27, which informs us that at the halfway point of the tribulation there “shall come one who makes desolate.” The abomination of desolation is the blasphemous moment when the antichrist will desecrate the temple. Second Thessalonians 2:4 reveals how he will do this: He will “[take] his seat in the temple of God, proclaiming himself to be God.”

Because this will occur at the midpoint of the tribulation, it is clear that everything after Matthew 24:15 will happen during the second half of that seven-year period.

2. The Signs in Matthew 24:4-14 Occur Only During the Tribulation

Other respected prophecy teachers say that all of verses 4-41 are specific to the tribulation itself, and that the “wars and rumors of wars” and “birth pains” speak of the escalation of horrific events during the tribulation, not prior to it. Several reasons are given for arriving at this conclusion, two of which I’ll highlight here:

As we saw a moment ago, Matthew 24:15 explicitly refers to an event that will take place at the exact midpoint of the tribulation: The antichrist will enter the temple in Jerusalem and declare that he is God. If verse 15 marks the midpoint and the rest of Matthew 24 is about the second half of the tribulation, wouldn’t it be highly probable that verses 4-14 describe the first half?

Especially noteworthy is the fact that nowhere in verses 4-14 does Jesus indicate the church is still present on earth, nor does He mention the rapture. These significant omissions can be taken to indicate that from the start of Jesus’ message, the church was already gone and the rapture had already taken place. If Jesus wanted to communicate that any of the signs in verses 4-14 were expected to occur during the church age, it seems He would have at least made a mention of the church or the rapture, but He didn’t.

A Striking Set of Parallels

Mark 13 and Luke 21 also record the message Jesus gave in Matthew 24–25, and they line up with Revelation 6 as well. These parallels are what lead some to say that verses 4-14 are about the first half of the tribulation.[3]

So even if “wars and rumors of wars” applies only to the tribulation era, which has not arrived yet, Russia’s war against Ukraine could be helping to set the stage in some way for events during the tribulation.

No matter which view we hold to, it seems our tendency is to dwell on the scary first half of the verse: “You will hear of wars and rumors of wars.” And we end up overlooking Jesus’ loving admonishments in the second half: “See that you are not alarmed, for this must take place, but the end is not yet.” These are meant to be words of assurance and of caution. And even the caution part is meant to fill us with a joyful confidence!

First, the assurance: “See that you are not alarmed. This must take place.” All wars are frightening, horrific, and deadly. Yet all wars are also limited to the boundaries set by God’s foreordained plans for this world. Wars do not take Him by surprise, and no war will exceed the confines He has determined for it. Because mankind’s default mode is evil, wars are inevitable. But because God is sovereign, the glorious and heavenly future He has planned for His creation is also inevitable. There is coming a day when God will bring an end to all evil and wars will cease to exist.

So when we see wars erupt, we should not be troubled. God said they would happen. They will take place in accord with His sovereign plans for this world.

Second, the caution: “But the end is not yet.” Even when we see wars breaking out, there is still more to come. We shouldn’t assume that the beginning of a new war may mean the rapture or Christ’s return may happen at any moment. When the first Gulf War broke out in 1990 against Iraq, the fact that the war was taking place in the Middle East led many believers to think the rapture was at hand. Even students at Christian colleges wondered if they should bother to continue with their schooling because people feared a global apocalypse was imminent. But that war came and went, and it’s now more than 30 years behind us.

Wars will take place, and from an eternal perspective, we have no reason to fear them. They will not disrupt God’s plans. What He has ordained to happen will happen. The first time Jesus came to earth, He fulfilled His mission: to seek and save the lost. And the second time Jesus comes, He will fulfill His mission once again: to take back possession of the earth and set up His kingdom.

Under Satan’s watch, wars have torn our world apart. But under Christ’s watch, peace will prevail—forever. We can be certain of that, for He is the Prince of Peace.

[2] This chart is an adapted version of one used by Thomas Ice in “Olivet Discourse,” The Harvest Handbook of Bible Prophecy, eds. Ed Hindson, Mark Hitchcock, and Tim LaHaye (Eugene, OR: Harvest House, 2020), 277.