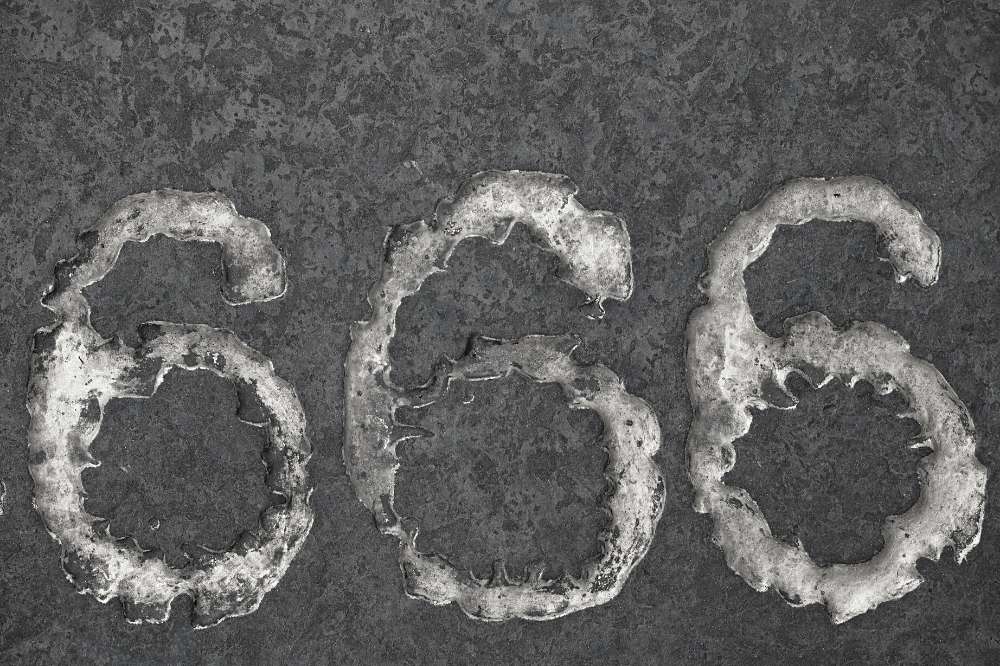 One of the more popular topics in Bible prophecy is the mark of the beast. Interestingly, the Bible doesn’t say much about it. Because people are so curious about this mark, they have many questions about its significance and meaning. That’s understandable in light of the fact Scripture gives so little information about the mark. Unfortunately, this lack of details has led some to offer all kinds of rampant speculations that have led to confusion among Christians today.

For example, in the past, people have wondered if Social Security numbers or credit cards have something to do with the mark of the beast. More recently, with the advent of computer microchips that can be surgically implanted under the skin, some have suggested this technology may serve as the antichrist’s way of “marking” people. And in the wake of all the controversies about coronavirus vaccines and mandates, some people have suggested that the vaccines have a connection to the mark of the beast.

In addition, many people have tried to guess the identity of the beast—that is, the antichrist. Some have taken his number—which Revelation 13:18 says is 666—and tied it to various famous individuals through the ages. To date, every one of these guesses has proven wrong, and in a moment, we’ll see why.

The tragic result of all these conjectures are that many people become confused about what the Bible says or doesn’t say, and Bible prophecy is cast in a negative light because of failed predictions. This leads people to shy away from the subject of Bible prophecy altogether.

So that we don’t fall prey to speculation, let’s take a closer look at what Scripture clearly tells us about the mark of the beast—as well as what it doesn’t say.

What Scripture Says About the Mark

A good starting point is the fact that the antichrist’s right-hand person, the false prophet, is the one who will require people to take the mark: “It [the false prophet] causes all, both small and great, both rich and poor, both free and slave, to be marked” (Revelation 13:16).

We’re also told the location of the mark, the reason for it, and the fact it is “the number of the beast”:

It causes all…to be marked…on the right hand or the forehead, so that no one can buy or sell unless he has the mark, that is, the name of the beast or the number of its name. This calls for wisdom: let the one who has understanding calculate the number of the beast, for it is the number of a man, and his number is 666 (Revelation 13:16-18).

In Revelation 14:9-10, we read about the consequence of taking this mark: “If anyone worships the beast and its image and receives a mark on his forehead or his hand, he also will drink the wine of God’s wrath…he will be tormented with fire and sulfur.” Revelation 16:2 repeats the warning that God will pour out judgment on those who accept the mark.

Next we are told that at the end of the tribulation, when Christ returns to the earth, both the beast and the false prophet—who “deceived those who had received the mark of the beast”—will be “thrown alive into the lake of fire” (Revelation 19:20).

And in Revelation 20:4, we get a glimpse of the fate of those who, during the tribulation, refuse to take the mark:

I saw the souls of those who had been beheaded for the testimony of Jesus and for the word of God, and for those who had not worshiped the beast or its image and had not received its mark on their foreheads or hands (Revelation 20:4).

This tells us that a refusal to receive the mark—and to pledge allegiance to the antichrist—will mean certain death.

Everything we can know about the mark of the beast is stated in the passages listed above. Anything that goes beyond what Scripture has revealed takes us into the dangerous realm of conjecture. So what can we know with certainty, and what has God chosen to remain hidden?

Now let’s turn our attention to what isn’t revealed to us about the mark or the antichrist.

What This Means for Us Today

The above-stated facts that (1) the nature of the mark is not revealed, (2) the identity of the antichrist won’t be known until the tribulation, and (3) the mark won’t come into existence until the midpoint of the tribulation serve as powerful reasons to avoid assumptions that anything taking place in our day has to do with the antichrist or the mark of the beast.

It’s possible that some of the prophetic stage-setting that God is doing today in preparation for the end times may contribute to future actions taken by the antichrist and false prophet. But because the mark itself will not come upon the stage until the second half of the tribulation, we can safely say that nothing in our day serves as the mark.

While we may wish we could know more about the mark of the beast and certain other aspects of the end times, God has chosen not to reveal that information before His appointed time for doing so.

But the things we can know—the truths that we will be raptured before the antichrist and his mark come on the scene, and that God will justly punish and bring an end to all wickedness when Christ returns—are meant to serve as a source of comfort for us. No matter how rampant evil becomes as we approach the end times, we can live with the confidence that God has us firmly in His hands, and nothing will thwart His ultimate victory over the forces of darkness.

When we view the more frightening aspects of Revelation—such as the mark of the beast—with God’s total sovereignty in mind, peace and blessing can fill our hearts. That is among the reasons Revelation opens with the wonderful promise, “Blessed is the one who reads aloud the words of this prophecy, and blessed are those who hear, and keep what is written in it, for the time is near” (1:3).