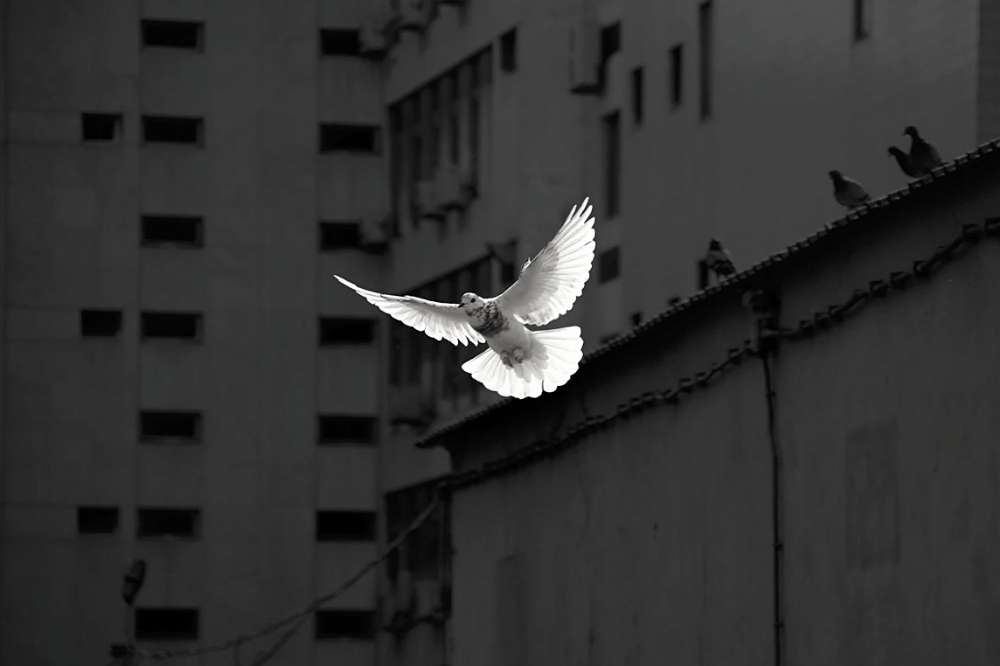 For well over a year now, our world has been quarantined in a constant state of crisis and uncertainty. Billions are asking, “What’s next? What new thing will once again disrupt our lives, sending us into yet another season of confusion and chaos?” It’s as if the whole world is holding its breath, waiting for (dreading) the next seismic global event that will shake both economies and individuals to their knees. They wonder just how bad it will get before they hit the panic button or retreat into their own inner world of denial and despair.

Simultaneously, in the midst of this “Covid-mania,” the interest and curiosity concerning Bible prophecy has risen dramatically, even among unbelievers. And yet many Christians, when exposed to the book of Revelation, still respond with a sense of uncertainty, panic, and fear. Reactions like these demonstrate one of three things:

You see, when presented in its proper context, Bible prophecy never produces fear in a believer, but rather, always produces faith. Always. Why? One reason is because Revelation 1:3 states that when we read, hear, or obey the prophecies contained within that last book of the Bible, we are “blessed,” not bombarded with anxiety. Second, the overall message of prophecy is meant to lead us into a closer and more intimate relationship with Jesus Christ. Near the end of Revelation, we read that “the testimony of Jesus is the spirit of prophecy” (Revelation 19:10).

In other words, all prophecy leads to Jesus. So if we’re studying it and understanding it in the way God intended for us to, we end up in a deeper encounter with the Lord.

That doesn’t sound even remotely like panic to me.

A third reason we shouldn’t fear prophecy is because of who wrote it. God has pre-scripted history and is bringing it to its appointed conclusion. Put another way, He is in charge. As in completely in control. That’s why, before revealing to John the horrific judgments found in Revelation 6–19, Jesus takes him on a guided tour of heaven. In chapter 4, John observes a “throne…and someone was sitting on the throne” (verse 2). In fact, 11 times in as many verses, God’s throne is highlighted. Now, why would Jesus want John to see this glorious sight? I believe He wanted the beloved apostle to know that even though he would soon witness the apocalyptic judgments found in the rest of Revelation, that throne in heaven would remain steadfast—and occupied.

Recently, I was in a radio interview during which the host casually remarked, “God’s sovereignty is my serenity.”

I thought, That’s exactly what prophecy does for us!

Prophecy calms the chaos, bringing peace to our panic. Far from being some sort of religious mind game we play to settle our emotions, our peace is rooted in a Person and in His ability to bring His world to account and His Son into His promised kingdom. Think about it. When God fulfilled past prophecies, it was so that His Son would redeem the lost. And as He fulfills future prophecies, it’s so His Son can be crowned King of kings and Lord of lords (Revelation 19:16). Can you think of two things any better than our salvation and Jesus’ glory?

Revelation, then, is the prophetic highway leading to “Your kingdom come. Your will be done, on earth as it is in heaven” (Matthew 6:9-10). Every time you’ve prayed that Lord’s Prayer, you’ve essentially asked God to fulfill His prophetic Word and bring about the time when Jesus will be magnified and honored above all.

Again, where is the fear in that?

There isn’t a single maverick molecule in God’s universe. But for God to make all things right, He first has do some pretty serious housecleaning here on planet earth, and admittedly, that involves His righteousness and wrath. Remember, He did it once before in the days of Noah. However, even that is something we need not fear, as Jesus already took the full fury of God’s wrath when He suffered and died on the cross. And the Father was satisfied with that sacrifice (1 John 2:2). As a result, there’s no condemnation left for us, His children (Romans 8:1).

Not even a drop.

So when we read of future apocalyptic judgments, we can be confident that God is totally in control, His righteousness is necessary, and His promise to deliver us from the wrath to come is trustworthy (1 Thessalonians 1:10; 5:9; Revelation 3:10).

So while the world panics over what’s coming and what to do in the meantime, Christians familiar with God’s Word have a built-in calming mechanism. And that peace, along with the sober warnings of what’s coming for this world, is something worth sharing.