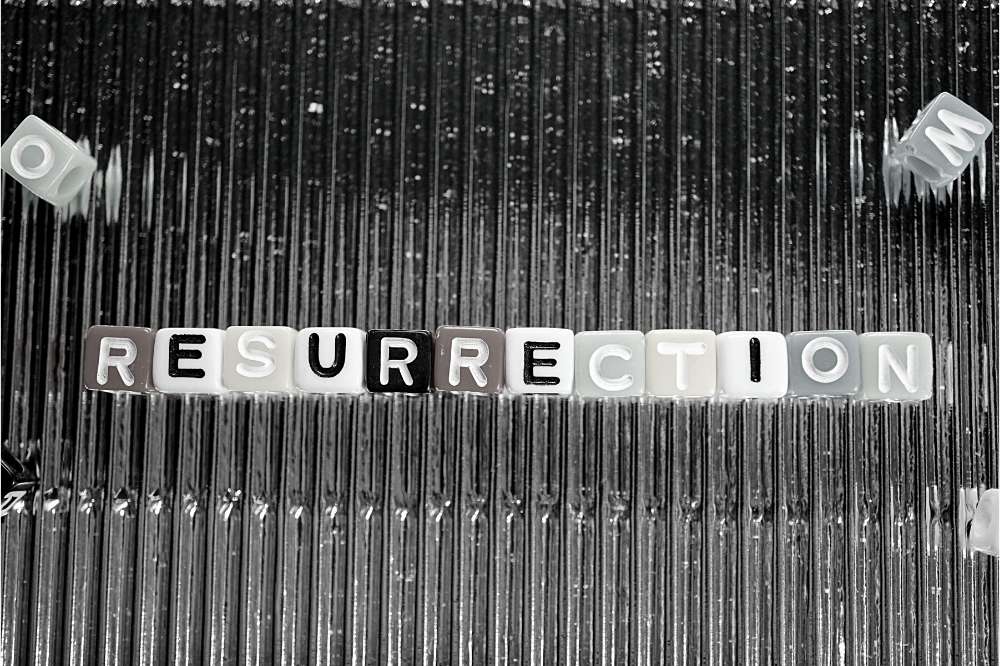 Scripture makes it clear that spiritually, when we die, we are immediately and consciously ushered into the presence of the Lord. In Philippians 1:21-23, Paul wrote, “For to me to live is Christ, and to die is gain…I am hard pressed between the two. My desire is to depart and be with Christ.” In 2 Corinthians 5:8, he said, “We would rather be away from the body and at home with the Lord.”

There is no soul sleep, as some people teach. On the cross, Jesus told the repentant thief next to Him, “Truly, I say to you, today you will be with me in paradise.” When Stephen, the first Christian martyr, was stoned to death, he cried out, “Lord Jesus, receive my spirit” (Acts 7:59). Spiritually, both went into Christ’s presence immediately.

This is true of the Old Testament saints as well. In Luke 20:38, while speaking about Abraham, Isaac, and Jacob, Jesus said that God “is not God of the dead, but of the living, for all live to him.”

The resurrection of our physical bodies, however, is a separate event. When will this take place? Some are surprised to learn that the Old Testament saints, New Testament saints, and tribulation saints will be physically raised up at two different times.

In 1 Corinthians 15:51-52, Paul makes this interesting statement: “I tell you a mystery. We shall not all sleep, but we shall all be changed…For the trumpet will sound, and the dead will be raised imperishable, and we shall be changed.” Here and elsewhere in the New Testament, the word “sleep” is used to speak of physical death. But notice Paul said, “We shall not all sleep”—that is, some believers will not die. This is a clear reference to the rapture, in which believers alive on earth will be taken directly to heaven without facing death. The term “changed” speaks of the transformation of our mortal bodies to immortal (see verse 54). Paul was saying not all believers will die physically. Some will be “changed,” or resurrected, and never experience death.

Paul repeats this truth in another passage about the rapture, 1 Thessalonians 4:16-18: “The Lord himself will descend from heaven with a cry of command, with the voice of an archangel, and with the sound of the trumpet of God. And the dead in Christ will rise first. Then we who are alive, who are left, will be caught up together with them in the clouds to meet the Lord in the air.”

Notice here the two groups of people who will be taken up in the rapture: “the dead in Christ will rise first,” and then “we who are alive…will be caught up.” This is the physical resurrection of all New Testament saints—of every person who has received Christ as Savior since His death on the cross and resurrection from the grave. When the rapture happens, many of us will still be alive here on earth. Together, we will be taken up to heaven.

That leads to the next question: What about the Old Testament saints? When will they be physically resurrected?

We find the answer to that in Daniel 12:1-2: “There shall be a time of trouble…at that time your people will be delivered, everyone whose name shall be found written in the book. And many of those who sleep in the dust of the earth shall awake, some to everlasting life, and some to shame and everlasting contempt.”

“A time of trouble” speaks of the tribulation, the seven-year period of judgment that occurs after the rapture. “Your people will be delivered” lines up with that great day at the end of the tribulation when Christ will return and the Jewish people will look upon the one whom they pierced, and cry out for salvation (Zechariah 12:10). It is at this time that “those who sleep in the dust of the earth shall awake, some to everlasting life.” After the tribulation, when Christ returns to earth to set up His kingdom, the Old Testament saints will be physically resurrected.

Finally, what about those Christians who are put to death during the tribulation? The rapture will have already happened. When will the souls of the tribulation saints be reunited with their bodies?

Revelation 20:4 tells us they will be physically resurrected at Christ’s return: “I saw the souls of those who had been beheaded for the testimony of Jesus and for the word of God, and those who had not worshiped the beast or its image and had not received its mark on their foreheads or their hands. They came to life and reigned with Christ for a thousand years.”

Our future physical resurrection is guaranteed. We know this because Christ Himself rose from the dead, making it possible for us to rise too. As Jesus so wonderfully proclaimed shortly before He raised Lazarus from the dead, “I am the resurrection and the life. Whoever believes in me, though he die, yet shall he live, and everyone who lives and believes in me shall never die” (John 11:25-26).

Every believer from all time has the promise of physical resurrection. We have nothing to fear from death. Spiritually, we go immediately into Christ’s presence, and physically, whether we are resurrected at the rapture or at Christ’s return, our mortal bodies will put on immortality (1 Corinthians 15:54). As Paul so triumphantly exclaimed, because of Christ, “death is swallowed up in victory”!